It is fun to imagine that the studio pitch for Violent Night went something like this;

“It’s Die Hard, with Santa Claus, stupid gory, wrapped in thinly veiled social commentary!”. Without missing a beat, an exec rises from their seat with a fistful of cash and smugly quips, “Fill my stocking buddy, we need a Christmas hero!”.

Violent Night is a love letter to Christmas themed action blockbusters. You know the ones, they’re all here. However, Violent Night doesn’t pause too long to pay tribute, pastiche or plagiarise Christmas event cinema from yesteryear. It sprints right past classics such as Home Alone, Die Hard or Bad Santa, quickly clarifying that it’s ramping straight up to eleven and beyond! Violent Night stands apart from these films, casually making fun of them for taking themselves so seriously.

David Harbour (Stranger Things, Black Widow) stars as old Saint Nick, Kris Kringle, Santa Claus. A once loathsome, blood soaked warrior from a forgotten age. Since crushing the skull of the wrong person (likely a mid 1100AD Santa Claus), he’s cursed to be Santa ever since. In December 2022 we find Santa suffering an existential crisis and ready to hang up his sack for good. Burying himself in drink, he’s jaded and beyond caring. About the only thing he still takes seriously is his NAUGHTY and NICE list, which is about to get a heck of a workout.

Revelling in what little joy he has left in his bungling Christmas misery, drunk Santa quickly finds himself stranded at the Lightstone mansion. Populated by America’s most wealthy and morally, socially loathsome family. All except young Trudy (Leah Brady, The Umbrella Academy) whose innocent and loving nature, which is its own parody ‌among this ensemble, brings Santa back from the brink and lends him purpose (NICE). To maim and slaughter his way through the highly organised band of professional mercenaries, who’ve taken the family hostage (NAUGHTY).

That’s right, this wouldn’t be a Christmas action movie without a group of mercs armed to the gills trying to break in to a vault. This sets the timeline for about 70 minutes of raucous, over the top violence that pulls no punches while padded out with verbal and visual gags. As well as some sneeze and you’ll miss it references to the classics.

Violent Night is one of those films that could fail based on the worn out stack of cards at its foundation. But rather than bore with the same old, director Tommy Wirkola (Dead Snow) with writing team Josh Millar and Patrick Casey (Sonic the Hedgehog) have delivered a tour de farce that brings the cheer in spades. This is, of course, if your idea of a good time is David Harbour leaning into a drunk, fat and gleefully violent archetype. Do not take kids to see this!

John Leguizamo (Spawn, Moulin Rouge!) comes off the only person playing it straight. This heightens the comedy as the madder he gets, the more disbelieving he gets, the funnier the movie gets. The entire cast shines as they perform their stereotypically hateful characters. There may be some deliveries here and there that fall flat in some scenes, but these are very few. Performances from Beverly D’Angelo (National Lampoon films), Alexis Louder (CopShop, Watchmen) and Alex Hassell (The Boys, Cowboy Bebop) elevate the ridiculous and predictable plot. The real magic though, is between Harbour and Leah Brady. Whose chemistry is so gorgeous it threatens to leave a lump in your throat on multiple occasions.

These elements mix a classic Christmas trifle. One with too much sherry, marinating that sweet cake lining the bottom. If this is your thing, go all in. You won’t regret it!

Violent Night is in cinema now, December 1st, rating a liberal 9 out of 10 nut crackers for unboxing exactly what was on the label.

You can also listen to our interview with John Leguizamo here or do a search on your favorite audio streaming service for “The Accessreel.com Interviews”

Luke Harris
Luke is writing short stories, screenplays and film reviews when he's not at the day job or looking after the needs of his family. So one Powerball...
9 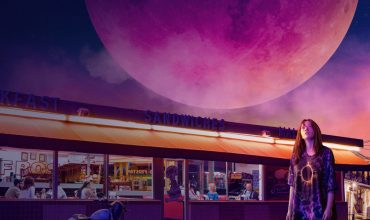