A gritty, white-knuckle, action ride set in the near-future where the sport of boxing has gone high-tech, Real Steel stars Hugh Jackman as Charlie Kenton, a washed-up fighter who lost his chance at a title when 2000-pound, 8-foot-tall steel robots took over the ring. Now nothing but a small-time promoter, Charlie earns just enough money piecing together low-end bots from scrap metal to get from one underground boxing venue to the next. When Charlie hits rock bottom, he reluctantly teams up with his estranged son Max (Dakota Goyo) to build and train a championship contender. As the stakes in the brutal, no-holds-barred arena are raised, Charlie and Max, against all odds, get one last shot at a comeback.

REAL STEEL is based on the short story ‘Steel’ by Richard Matheson which was written in 1956 funnily enough the film was originally slated to be released by Paramount Pictures but after the split with Spielberg’s DreamWorks they ended up taking it over to Disney. The mechanism that is REAL STEEL is a story about a father and son, with a whole bunch of kick ass robots thrown in.

There are plenty of different aspects that makes REAL STEEL a sensational film, I love the father and son story line, I very recently lost my father so for me it made the film a bit more personal but the fact that they parted that story with the robot boxing it just seemed to line up to a whole lot of fun, from the opening scenes where you see a burnt out Hugh Jackman who seems to just think about himself more than anyone else and I’m sorry but if I had Evangeline Lilly sitting there waiting for me, I know where I would be! And then the son he’s never really known gets thrust upon him and they start this epic adventure.

Hugh Jackman isn’t really the front man to me in this film, he does a fantastic job as usual but it really did feel to me that Dakota Goyo who plays Max, Jackman’s onscreen son really does steal the show this kid is incredible you may remember him from the film THOR earlier this year, he played ‘young thor’ at the start of the film, I really do look forward to seeing what the future holds for this young kid he’s got a massive talent. Evangeline Lilly plays the love interest in the film she delivers on what’s needed, but as usual it seems they may have just thrown in this character as maybe a way to pull the female crowd into seeing the film and yes girls Hugh does get his shirt off…

All round REAL STEEL is what it is, it’s a film about robot boxing and a great story about a father and son. It has all the flashy elements of a possible franchise and the CGI in this film is incredible, there’s a sequence where Jackman is ‘shadow boxing’ with ATOM (The main robot) and its just impressive, it’s a rare occurrence these days where I watch a film and I’m just in awe of what they have created and there’s a good hand full of parts in REAL STEEL which just does that. DreamWorks and Disney were extremely smart in releasing this film in the middle of the school holidays as it’s definitely going to make some coin.

REAL STEEL opens in cinemas on the 6th of October – I give this film 8 out of 10 stars. 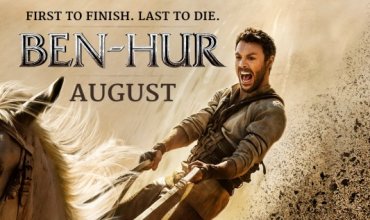 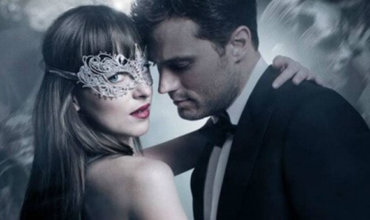