In 2015, Michelle Payne became the first woman to win Australia’s most prestigious horse race, The Melbourne Cup. The film RIDE LIKE A GIRL is a biopic that tells Payne’s story from the early 1990s up until her historic win.

Michelle was one of ten Payne children raised by her father Paddy after the early death of their mother in a car accident. They lived on a farm at Miners Rest in Country Victoria. Eight of the Payne siblings went into racing and for Michelle, this was an almost pre-determind path. She was academically strong, but her ambition was to race at the highest level. She didn’t want to go to university, so from the age of fifteen she began her apprenticeship as a jockey.

She worked hard and the film chronicles the early mornings, the training, the push to make correct weight for race day. Some of Michelle’s sisters left racing and married, an idea that her father supported, but she didn’t want that. She struggled with family expectation, but her biggest obstacle was to get the racing fraternity to take her seriously as a rider. There were other female jockeys, but racing was still a male-dominated sport. Michelle Payne also had to deal with horrendous injuries that threatened her health and career.

All of this is dealt with efficiently in Elise McCredie and Andrew Knight’s screenplay. First-time director Rachel Griffiths (whom we, the Australian audience, know best as an actor) chose Payne’s story after taking considerable time searching for suitable material to direct. Having spent years working in the US, Griffiths wanted to direct an Australian story. She was at the Melbourne Cup the day Payne won, but had no idea beforehand that there was a woman racing. She saw Michelle ride to victory on Prince of Penzance and wanted to know more.

The result is a slightly uneven film with an engaging tale to tell. Michelle Payne was an underdog who worked hard and overcame considerable odds to fulfil her dream of becoming a top jockey. Teresa Palmer is an excellent casting choice. She is an understated performer who usually plays middle-of-the-road characters. She is skilled at making the commonplace watchable. None of this is meant as a putdown. Movies are often made about geniuses and superheroes. Griffiths has chosen to tell the story of someone who, in many ways was ordinary, but achieved something extraordinary. Palmer has thrown herself into the role and presented us with a portrait of a determined and focussed woman who became a champion. Interestingly, the challenges of being a woman in this sport are only lightly threaded through the story, Payne herself being more outspoken about this in public than the film is.

Paddy Payne is portrayed with consummate skill by Sam Neill. He plays a tough, old-school father who believes in hard work and action and instills this into his children generally and into Michelle specifically. Even when the script goes awry, Sam Neill is fully convincing as this battling single-dad. The film is populated by a number of well-known faces including Martin Sacks, Brooke Satchwell, Mick Malloy, Magda Szubanski, Sullivan Stapleton, Shane Bourne and Genevieve Morris. And for anyone who can remember back to 3RRR’s Punter to Punter, you’ll get a fleeting glimpse of Con Marasco a.k.a Tony Rickards.

We Australians pride ourselves on loving sport, but even though we have made many movies and television shows on the subject, very few of them have the reach and audience connection of THE CLUB (1980) or PHAR LAP (1983). This movie does have something of a 1980s feel at times, in terms of its storytelling choices (comedic nuns, recalcitrant bookies) and in terms of its rousing musical score. (Although not the pop songs, they’re contemporary to the film’s timeline which is post ‘80s). However, the shooting and editing of the horse and race material is all very contemporary in its use of visual effects, aerial (presumably drone) photography and sound editing. On a couple of occasions, these images and soundscapes are combined to create a spiritual feeling that has echoes of the movie CHARIOTS OF FIRE (1981), however this is an undertone rather than the main game.

It remains to be seen if RIDE LIKE A GIRL will become a classic. It definitely has the ingredients for a crowd-pleasing, inspiring film. Griffiths has succeeded in finding and telling a story that will resonate with the broad, Australian audience. Go see this one if you want to be uplifted and cheer on a champion. Duration 1 hour and 38 minutes. My rating (7.5/10) 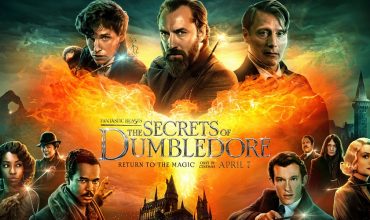 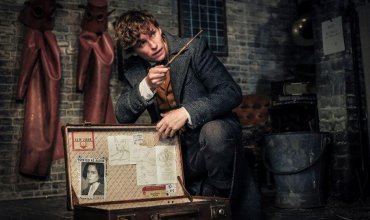