Set in the near future, Frank, a man with the early signs of dementia receives a gift from his son: a robot butler programmed to look after him. But soon Frank works out ways to manipulate the robot’s programming and they embark upon a series of illegal activities.

ROBOT AND FRANK is a small film with no great ambitions. It takes as its starting point the number of Japanese elderly who have simple robotic companions and extrapolates that notion into the premise of an intelligent robot capable of learning. What if? the film asks.

In this sense, the movie is light science fiction. Frank’s world, our near future, is one where books have become popular as stylish artefacts, much in the way that we view mechanical typewriters now. The information revolution has hit and now reading a block of paper has became a thing of the past. Frank wants to hang onto that past with his diminishing memory. He has no interest in new technology nor the new ideas he sees around him, so when his son delivers the robot, he is not only insulted because of what this says about his independence, but also because he is a grumpy old man who rejects the modern world.

The smart thing about ROBOT AND FRANK is that its simple story touches lightly on some deep themes like the treatment of the elderly in developed nations; the fetishisation of technology, the assumption that anything new is better than anything old. However, writer Christopher D. Ford and director Jake Schreier have also crafted a tight little entertainment that moves at a sprightly pace. We are never bogged down in the ideas and never stay too long in rumination or analysis. There is space to think, yet also plenty of funny and tense moments.

I don’t recall ever particularly enjoying a Frank Langella role until now. As the forgetful Frank, he perfectly embodies a man who is emotionally guarded and-up to the point that it serves him-intellectually curious. We are introduced to Frank the curmudgeonly senior, but as the scenes accumulate we begin to understand something about what he was like as the father of a son (James Marsden) and a daughter (Liv Tyler). Frank is no chipper old fella with some inside track to spiritual insight, he is a complicated man who is tough to like at times. Langella performance is finely judged and beautifully realised.

The other noteworthy performance is perhaps harder appreciate; Peter Sarsgaard as the voice of robot does a solid and difficult job. We can’t see him. He isn’t supposed to have any emotions. The disembodied voice emerges from the blank face of the astronaut -like robot built on a 2/3 adult or child scale as to not intimidate. The design is very reminiscent of Honda’s famous Asimo robot. Sarsgaard gives the robot personality of a subtle kind. It makes perfect sense to us that Frank bonds with the robot because we, too are already hooked at a certain level.

This feature is a debut for writer Ford and director Schreier and they have done an excellent job. One of the things I enjoyed best about this movie is not knowing precisely where it was headed. The script was clever and many of the plot turns were unexpected. I believe the trailer gives away quite a bit, so hit the play button at your own risk.

ROBOT AND FRANK is a smart, unusual film. It’s quirky without any of the try-hard cuteness that usually accompanies that term. The movie achieves its dual objectives of having intelligent things to say whilst being effortlessly entertaining. The film is in Australian cinemas now. It runs for 89 minutes. I rated it 8/10. 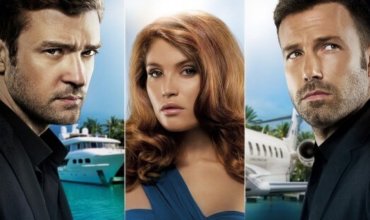 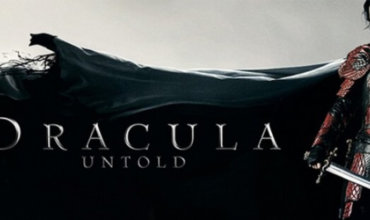