The brains behind films like Pineapple Express and This Is The End have gifted us with a new movie. This time an adult animation.

Sausage Party takes us to Shopwell’s, a store where every item is a walking, talking, randy produce who dream of being picked by one of the Gods (aka humans) to be taken to the “great beyond”. While waiting to be picked by a God, we meet some sausages and buns whose main unfulfilled desires involve “deeply” touching each other. Lead sausage, Frank, and bun Brenda, decide to “touch tips” in secret before they are meant to. As mayhem unfolds following this incident, Frank and Brenda believe it all happened because they are being punished for sinning. Along the way, we meet the self-righteous bagel, a rude lavash who is blinded by his religion, an evil douche, as well as a hot and bothered taco who does not want to be filled with meat.

If you’re already smirking from that description then imagine how you’ll react from the moment Sausage Party begins. There is an element of weirdness at first as the opening scene starts off with the typical cheerful music one would find in a kid friendly animation, but things quickly turn sexual as we are introduced to the characters.

Amidst the filth, the story itself is basic with some surprisingly great incorporated messages about self-acceptance, love of family and friends, human destruction, and of course blindly following what you’ve been told to believe. At times it does feel like the premise is based around just how much controversy and f-bombs they can fit into one movie, but somehow they make it work without coming off offensive to most. Although, people of a certain religious group will feel offended.

As absurd as it sounds considering the topic of the movie, there are a few scenes where the scenario is just too ridiculous even for such a story. It feels like the creators were running out of ideas to inject before the final unforgettable scene.

Which brings me to the closing ten minute of the animation. Seth Rogen and Evan Goldberg really saved the obscenely naughty for last. Seth recently stated that even he wondered how they got away with it all and you’ll certainly understand what he meant once the film comes to an end.

Credit has to be given to Annapurna pictures and Sony Pictures for having the guts to take a gamble on this when other studios bailed out of fear.

Sausage Party is for those who enjoy Rogen/Goldberg style comedies and can handle tremendous amount of dirty jokes. It will entertain and make you look at your food VERY differently afterwards.

Sausage Party is in Australian cinemas as of today. 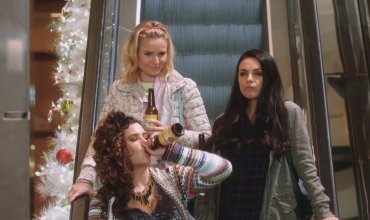 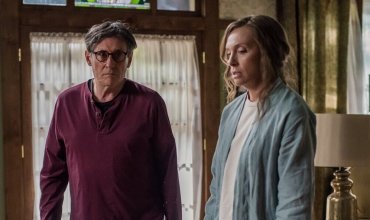