A Los Angeles-set crime comedy involving a screenwriter, the criminal underworld, and one gangster’s beloved Shih Tzu. Marty  is a struggling writer who dreams of finishing his screenplay, Seven Psychopaths. Billy is Marty’s best friend, an unemployed actor and part time dog thief, who wants to help Marty by any means necessary. All he needs is a little focus and inspiration. Hans is Billy’s partner in crime, a religious man with a violent past. Charlie is the unpredictable, psycho-pathetic gangster whose beloved dog Billy and Hans have just stolen. Marty is going to get all the focus and inspiration he needs, so long as he lives to tell the tale. Martin McDonagh, well known as the writing/directing talent behind the 2008 sleeping success ‘In Bruges’ reunites with Colin Farrell for this dark but comedic Hollywood tale about a screenwriter looking to finish his script and leave his mark on the movie business.

‘Seven Psychopaths’ is a character driven film, dense with well written dialogue and a slightly unconventional structure. The film manages to walk a fine balancing act between violence and dark comedy as it explores a number of different themes using morally ambiguous characters to drive itself forward.

There are multiple narratives running simultaneously in ‘Seven Psychopaths’ and not all of them are managed equally with a few threads being left mostly abandoned. Given the ensemble cast it would have been difficult to give every cast member sufficient screen time to leave a big impact on the film.

Competing screen time aside McDonagh has delivered a well-executed narrative that focuses its attention in all the right places while raising a few interesting topics worthy of discussion along the way, including a lack of meaningful plots and an overemphasis on violence in modern story telling.

Consisting of some serious undertones and a violence that is sometimes subdued and other times ludicrously over the top ‘Seven Psychopaths’ thankfully puts you at ease when laughing throughout with its brilliant performances and self-referential nature that is at home immersing itself into the Hollywood setting.

Here we see a brilliant ensemble cast taking the screenplay and really making the most of it, delivering individual performances that make the many quirky characters a pleasure to watch on screen. Colin Farrell’s performance is entertaining though a little flat at times, but the real value here is with Sam Rockwell and Christopher Walken whose combined performances create the real foundation of the film. Sharing many scenes the pair hit this one out of the park as they threaten to outdo one another in scene after scene making their performances a joy to watch.

Rounding things out is Woody Harrelson who manages to move his character back and forth between brutal and vulnerable with a certain charisma.

‘Seven Psychopaths’ is a smart film with interesting ideas, well executed dialogue and excellent performances, blended with a dark comedic and violent nature. Being somewhat character heavy the narrative doesn’t always gel particularly well but it never ceases to be entertaining and raises a few ideas that might stay with you.

I’m giving ‘Seven Psychopaths’ 7 out of 10 stars, it’s in cinemas across Australia from Thursday 8th November 2012.

Fighting with My Family Review 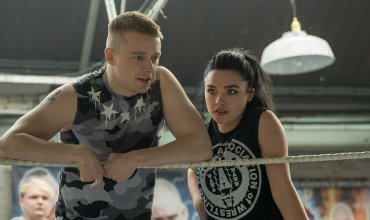 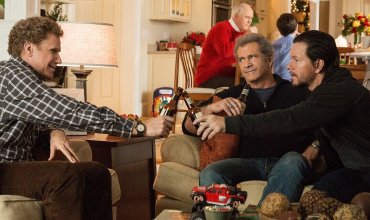