SEVENTH SON tells of Tom Ward (Ben Barnes), a farm boy who is taken as apprentice to an aging “Spook” (Jeff Bridges) to learn the art of exorcising troublesome dark creatures.  With the powerful evil witch Mother Malkin (Julianne Moore) regaining her full strength, the Spooks have limited time to get Tom trained and save the world from impending darkness.

Starting off with a punchy opening sequence, complete with sweeping location shots and great special effects, SEVENTH SON opens with a bang. While the impressive alpine locations and the polished effects continue, the storytelling deteriorates fairly rapidly.

The film is based on the book The Spook’s Apprentice. Whilst I openly admit I have not read it, judging by what I’ve heard/researched, much has been changed…and I can only assume for the worst.

In the book Tom is 12 when his Spook adventures begins. Here the character is played by 33-year-old Ben Barnes.  While it’s understandable that characters may be “up-aged” to broaden the audience appeal to include adults, the film’s plot and execution doesn’t shake its slightly childish feel: It’s predictable and shallow.

The cast has talent and, while given little opportunity to showcase them in this flick, they still manage to present likeable (if one-dimensional) characters – though the choice to make American actors do English accents and English actors do American accents truly baffles me!  Still, I can’t deny; Julianne Moore looks absolutely fabulous as the evil witch Malkin and Jeff Bridges’ rocks a wicked Gandalf voice!

In a nutshell, SEVENTH SON is a fun fantasy romp, with likeable (though one-dimensional) characters and great special effects. The beautiful locations are a highlight and such a nice change from the usual Hollywood green screen. While not at all memorable, it is enjoyable. I rate it 5 stars.

Once Upon a Time in Hollywood Review 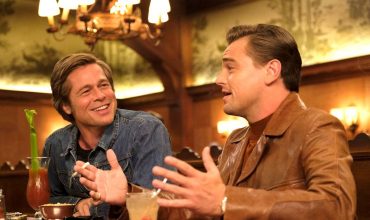 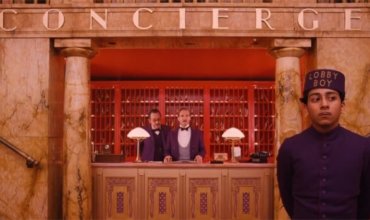