The Westival is an annual music festival that attracts great players and enthusiastic folk-loving audiences to a small town in Western Australia. The story begins when Keevey (Rebecca Breeds), a Western Australian fiddler and singer in her father’s Irish band, crosses paths with Roland (Robert Sheehan) an actual Irishman with no interest whatsoever in the folk music of his homeland. He instructs extremely small audiences on that classic electronic instrument, the theremin. Both Keevey and Roland find the other a rather trying person, but in the way of the movies, each also sees something attractive in the other person. And so, begins their comedic and problematic romance, stretching over three Summers.

The film returns to the Westival in all three Summers and so we see how some people have changed and others have remained exactly-the-same. The head of the Aboriginal Dance troupe played by Kelton Pell and the leader of the Morris Dancers, played by Michael Caton don’t see eye-to-eye and have regular run-ins. There is also a quartet of empty-nesters who do the Westival annually; an-all woman rock band called Feminasty; even a group of asylum seekers with a song about their lives and current situation. On stage and in the audience, there are people with stories to tell and live through. Overseeing all of this is radio host Queenie (Magda Szubanski). She is passionate about music and the festival and does her best to publicise all aspects of the event, even when it means broadcasting arguments between rival musicians.

Writer director Ben Elton is well-known as an English stand-up comedian who came to prominence in the 1980s with his energetic act, laced with political content. He also co-wrote BLACKADDER and THE YOUNG ONES, two of the funniest British sitcoms of the era which were highly influential on all the TV comedy that followed. He has since gone on to write plays, musical plays, more television and novels. He is much awarded and quite the cultural icon. His connection to the wide brown land is through marriage. He has managed to live in Australia and raise a family here and to maintain his UK profile and career. Which is how this famous English talent comes to make a feature film in Australia that has characters, actors, themes and a soundtrack reflecting our island home.

Breeds and Sheehan are lovely to watch as the romantic leads. Magda Szubanski is a necessary binding force to a disparate and diverse cast; Pell and Caton have fun in their sparring roles; John Waters is always excellent at seeming like a man with an agenda beyond the friendly exterior he projects. There is an extensive list of players who have quick hits of scenes and amusing moments woven into the fabric of the Westival; fans of Deborah Mailman, Peter Rowsthorn, Christiaan Van Vuuren and Nick Boshier should keep an eye out for their appearances.

THREE SUMMERS is a film about people and situations that Western Australians will recognise immediately. Other audiences, not from the here, will still have the music, comedy, performances and romance to enjoy. Duration: 102 minutes. (7/10)

The AccessReel audio interview with Ben Elton can be found here. 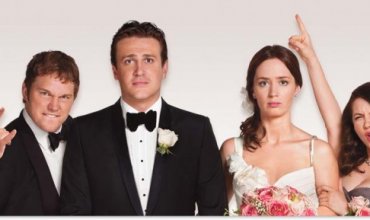 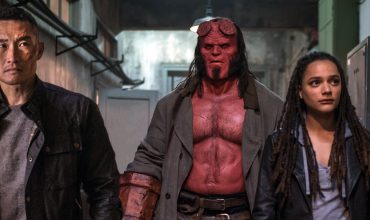