Could this movie scream “Seniors’ Sunday Movie” any louder? An all-star greying cast leads this feel good comedy about a group of British retirees in India. A modern -day Cocoon (with the addition of Maggie Smith practically smacking you in the face), this film is an interesting one…

Based on the novel These Foolish Things by Deborah Moggach (who also penned the screenplay of the sumptuous Pride and Prejudice 2005), The Best Exotic Marigold Hotel trailer reads like a modern-day Cocoon – I was practically raised on that movie, having it stuffed down my throat everytime I visited grandparents as a kid. Therefore I consider myself a connoiseur when it comes to judging retirement home classics.

So how does this latest addition to the genre hold up?

Marigold‘s snappy start introduces us to various elderly English folk at a crossroads in their life. How do they deal with this? They all choose to up and retire in India, taking residence in what they believe is a newly restored exotic hotel.

The reality upon arrival however is a crumbling ruin managed by the hopeless yet over enthusiastic young Manager Sonny (Dev Patel). These typically reserved, stiff upper lip Britons are thrust into an existence of noise, dust, colour and curry as they find they certainly aren’t in Kansas anymore Toto.

It’s a lucrative market making oldies feel better. Every year studios cash in on films designed to tell our gracefully aging members of society that life doesn’t end here: Wrinkles and grey hairs don’t matter! There is still a lot of life left in you.

Marigold is no different. Pack a tin of biscuits, a blanket and bundle your Mum and Dad in the car: they’re gonna love this one… and you know what? You probably will too.

There is a reason this film secured such a fabulous cast; the script is good, the cinematography is great and it’s not nearly as conventional as you imagine it will be. With enough predictability to keep your conservative oldies happy, the film also manages to throw a few unexpected curve balls your way, making it a memorable addition to any Sunday movie set.

There are a few great shots, particularly when introducing our group of characters, and the golden Indian light is used to it’s full potential giving a magical warm glow to the exterior scenes.

Despite following the separate stories of 8 different people, each character still has depth and you never feel as though anyone is left out.

The cast of British greats are as good as you expect them to be – though it’s disturbing seeing Maggie Smith as a rough, lower-class racist… she is usually so prim and proper. It was like being slapped in the face by my own grandmother.

Though it may not outlive Cocoon as the classic of choice in the retirement home TV room, certainly take anyone in your family with a grey hair – it’s a guaranteed winner.

The Best Exotic Marigold Hotel rates 7 stars out of 10.

The Girl on the Train Review 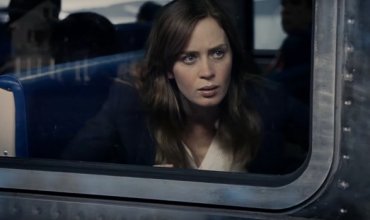