In June 2003, an extraordinary film called THE ROOM was released with little fanfare. It was a truly independent project with no affiliation with a major production house, movie studio or distribution company. The money to make it and screen it came solely from the film’s star, writer and producer Tommy Wiseau. It ran for two weeks and took $1900 at the box office. It cost $6 million to produce and publicise.

In that initial run, many in the audience walked out and asked for their money back, but some saw the movie several times and began talking about it and encouraging others to see it. They emailed Wiseau praising the film and he was encouraged to begin one-off midnight screenings in 2004. These garnered the movie a new audience who wanted specifically to see it for its badness. THE ROOM, like the most famous of the midnight movies, THE ROCKY HORROR PICTURE SHOW, soon developed a cult following that reveled in audience participation. As the cult grew, a solid celebrity fan base did also, including people like Paul Rudd, Patton Oswalt, Tim Heidecker and Eric Wareheim.

Tommy Wiseau and his co-star Greg Sestero, pursued various opportunities thanks to their involvement with what has been described as the “Citizen Kane of Bad Movies”. Sestero co-wrote the book of The Disaster Artist which told the amusing and detailed story about the behind-the-scenes antics of THE ROOM, as well as the tale of the Sestero/Wiseau friendship.

This friendship is the cornerstone of the movie adaptation of THE DISASTER ARTIST. James Franco stars and directs with an eye to bringing out the curious nature of Sestero and Wiseau’s relationship. Franco’s Wiseau seems by turns oblivious, manipulative, child-like, passionate, obsessive and a clever operator. He creates myths about his past and is secretive about where his considerable wealth comes from. Sestero (Dave Franco) finds him by turns inspirational, clingy and maddeningly inconsistent.

As buddy movies go, this duo is rather off-beat. Sestero is somewhat the observer of his older, oddball friend. When the shoot for THE ROOM is going through problems, Sestero is often the mediator between the angry crew and a demanding Wiseau. He stops the set from descending into chaos. Tommy is inspirational in one sense. He relentlessly pursues his dream of making a heartfelt drama about the troubled relationship between the characters, Johnny and Lisa. Tommy plays Johnny and he sees this story as deep and significant.

Unfortunately, the script of THE ROOM is truly terrible with badly written dialogue and an incomprehensible plot. The performances are underacted or overacted by a generally inexperienced cast. The sets look cheap and fake and there is an impressive number of green-screened backdrops that add no sense of reality to the proceedings. Wiseau is deeply in earnest about the emotional content and story of his movie, but no part of its production can be taken seriously by an audience. Wiseau has a truth he wishes to share. The delighted audience sees something very different.

The Franco brothers and Seth Rogen were among those audiences who fell in love with THE ROOM. Rogen is one of the producers. Dave Franco does nice work with the generally passive Sestero. His brother James does an excellent job in embodying Wiseau. He’s funny, weird, a pain-in-the-butt and still sympathetic. This movie about a movie manages to pull off the rather neat trick of being knowing about the film industry, while celebrating the spirit and the passion of creativity. Or to put it another way, it takes the piss, but its heart is in the right place.

THE DISASTER ARTIST also puts forth the idea that even if the creator of a work has one notion of what that work is and what it says, if the audience loves it for an entirely different reason, then something notable has been achieved and we are all the better for it. 105 minutes. (8/10)

Note: Sestero was in Perth recently promoting The DIsaster Artist and AccessReel spoke with him. 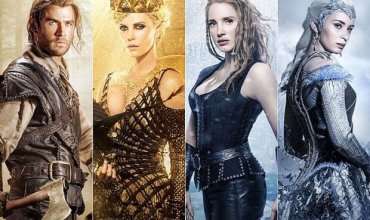