When a mysterious woman seduces Dom into the world of terrorism and a betrayal of those closest to him, the crew face trials that will test them as never before.The Fast and the Furious is back once again with its eighth installment of this box office smash franchise that started all the way back in 2001, with a film made on a production budget of $38 million. The series has progressed from a small scale street racer film (which echoed Point Break) to global trotting, espionage action series with this group of outlaw misfits always underpinned by its strong sense of family.

F. Gary Gray took the helm for the newest sequel, as his follow-up to 2015’s Straight Outta Compton with series writer Chris Morgan continuing his run since Fast and the Furious: Tokyo Drift. The Fate of the Furious very much continues in the spirit of what has become the contemporary approach to Fast and the Furious films (by that I mean from about Fast 5 onward), it takes an internationally wanted criminal or McGuffin of some description, then quickly and assembles our team and follows it with an action extravaganza of elaborate set piece after set piece as the action, the settings, and the characters are all elevated to over the top heights of popcorn entertainment. 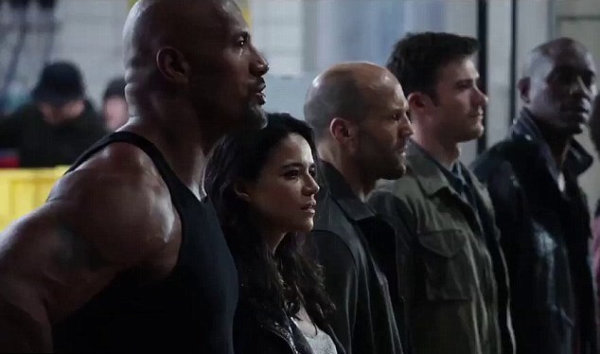 All of this is continued in the latest film as the series seeks to continually push the realms of ridiculousness in its, action character, and plot. However this time around the formula is tweaked a little to allow some new scenarios to unfold, specifically (and as shown in the trailer) pitting Vin Diesel’s Dominic Toretto against his family.

The Fate of the Furious carries with it all the shortcomings that we’ve seen in previous films, the plot is little more than an excuse to connect the action, the exposition is clunky, so while it strives for something a little different here, it suffers many of the same problems we’ve seen before in these films. 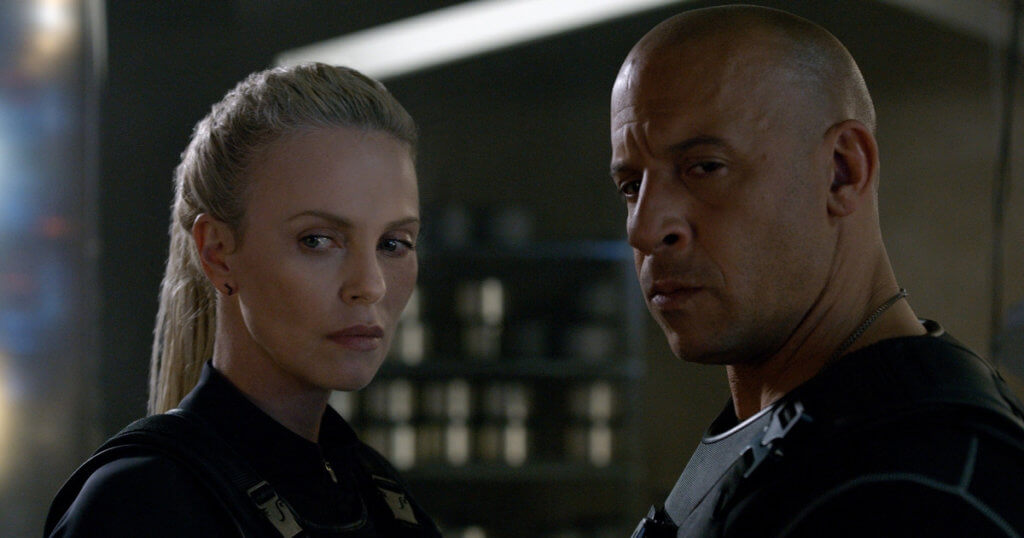 What’s interesting with this franchise, and partly I think what helps its success, is the level of commitment the series has to continuity across films. There’s a surprising attention to detail in linking this film to more than one of the previous instalments as well as its fair share of retconning to keep characters popping up and even altering their motivations to pitch them in a new light.

Charlize Theron’s Cipher is also a fresh injection to the series and her performance is as the ice queen terrorist villain is pitched perfectly for this film, she definitely knows the kind of film she’s in here. While the plot point to twist Dom’s loyalties around isn’t entirely compelling or well executed, it creates the opportunity for a lot of drama, and while the film explores some of that, it ultimately feels like a wasted opportunity by the time the credits roll.

The Rock, Jason Statham, Tyrese Gibson, and Ludacris all round out the film in an entertaining fashion, this time around Vin Diesel is more subdued, while Michelle Rodriguez just isn’t given the material she should have been to leave a more memorable impact here.

The series continues to deliver both eye candy and intense action for no other reason than its entertainment value on screen. The action is unrelenting, over the top, and this time throws a submarine into the mix because why not, it’s a fast and furious film. 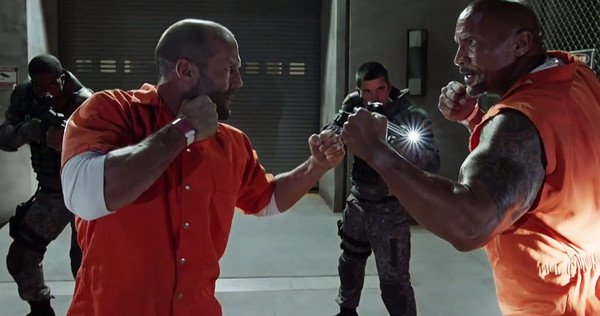 To anyone who’s seen any of the previous 7 films and walked away having had a good time this is another easy recommendation, for everyone else it’s an easy one to recommend avoiding, there’s hardly anything new here and if Fast 1 – 7 isn’t your cup of tea, this isn’t going to be either. That said, The Fate of the Furious continues to deliver blockbuster action onscreen but with some charm, and more of a cohesive albeit superficial story than some other big budget action franchises, but it did leave me wondering just how much longer they are going to be able to keep this up for. 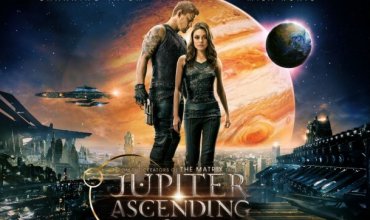