Two cameleers, Jundah (Kaushik Das) and Hanif (Ahmed Malik) are crossing the Western Australian desert in 1897. They traverse this inhospitable landscape on their way to places like Mount Magnet in the mid-west of the state. Their camels carry goods such as tools and supplies like flour. They are travelling merchants in a remote part of the continent distant from any major city.  Their work takes them right into contact with the local Yamatji Badimia people led by Coobering (Trevor Jamieson). Jundah and Hanif have becomes friends with them and in particular Woorak (Baykali Ganambarr), and have learned to speak their language.

One day, Hanif encounters a wounded whitefella called Mal (David Wenham). He has been in some kind of conflict that ended with his being shot. Hanif is suspicious, but chooses to help this injured man. In so doing, he discovers that Mal is carrying stolen gold. Two 400oz bars of gold, specifically. Because Mal drifts near death, Hanif resists his impulse to abandon him and slowly Mal’s condition improves. However, Hanif’s good intentions come at a cost to him. The two men travel through the desert fearing that the authorities can’t be far away.

There is a group of government troopers called The Gold Squad recently formed to follow up any illegal activity involving the precious metal. Mal’s recent theft is their first case. The troop is led by Sergeant Shaw (Jay Ryan).  His offsider is Corporal Briggs (Erik Thomson). Samson Coulter plays Shaw’s son, who is a source of pride and disappointment for his strict father. The Gold Squad is following up leads and investigating the whereabouts of the stolen gold.  Mal has effectively disappeared from sight. However, there are more men out in the desert who want to find the thief and the extremely valuable gold bars. The bars are stamped with an extremely recognisable mark of the British crown. Mal’s plan is to find a furnace and melt the gold down to make it unrecognisable as the stolen property the Squad is searching for.

Roderick MacKay is the writer and director of THE FURNACE. This is his first feature film. He has been researching the history and the background for his idea since 2014.  MacKay has been adamant about creating a story that highlights the little-known tale of the cameleers in 19th century Australia. He also wanted to bring forth the connections that were formed with Aboriginal Australians. The cameleers developed freight routes with Aboriginal knowledge and songlines. We discover there were Sikh, Hundu and Muslim cameleers and that their presence, along with the Chinese, in Gold Rush Era Western Australia, meant the colony’s growing population was a fascinating mixture of peoples from all around the world.

The focus on characters of different cultural backgrounds meant actors having to learn language they were unfamiliar with. The Badimaya language has become known as a “sleeping language” because the last living speaker passed away in 2018.  The filmmakers worked with the Bundiyarra Irra Wanga Language Centre where the language has been documented and it is spoken in a number of scenes when in conversation with Coobering  and Woorak. Ahmed Malik had to learn Pashto because the Hanif character is from Afghanistan. Malik was further challenged by performing dialogue in English which was another first for the actor.

MacKay’s insistence on his characters of diverse backgrounds speaking in their own language creates what is a surprisingly unfamiliar vision of colonial Australia in the late 19th Century. MacKay refers to a “frontier mythology” in describing the stories of this time and place. This feels more accurate than the term “Western” that has also tagged this film. Although an understandable descriptor and marketing tool for international audiences to understand movies like THE FURNACE and SWEET COUNTRY (2017) and THE PROPOSITION (2005) to think of these stories as like Westerns but in a different place with different people, is to do them a disservice. The Western is a genre that has been redefined again and again. It has stereotypes and icons that do not exist in the supposed Australian Western. MacKay’s characters are a product of their specific cultures and religions and to see them meeting and clashing in a harshly beautiful land allows audiences, Australian ones in particular, to see this time and place through a different lens.

THE FURNACE is a slow-burn with moments of action that make sense in story terms. The violence springs from character and circumstances rather than a gratuitous need to excite. MacKay’s debut feature is a thoughtful and engaging reimagining of Australian history. 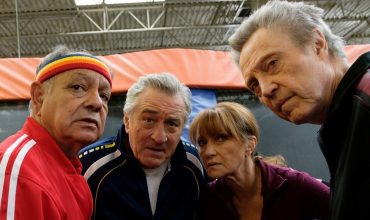 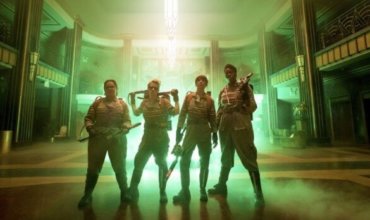