THE HATING GAME is a really fun film. I enjoyed it a great deal.

If you don’t like rom-coms, you’re not going to like THE HATING GAME. But if you do like – or even love – rom-coms, it’s a really fresh take, with an engaging story. Great comic timing, glorious romance, and some very pretty lead actors.

Lucy works for a prestigious book publishing company that has recently merged with a make-money-at-all-costs book publishing company. She’s twee. My friend describes the style as Art-Grad-Granny. Think patterned cardigans, oversized scarves, berets. She collects Smurfs and other bric-a brac. She loves books, but she’s not quite as good a judge of books (or people) as she thinks she is. Personally, she is style goals for me, and I felt a little attacked.

Working opposite her is Josh. He keeps everything on his desk tidy, filed away. He has five shirts, which he wears in rotation, one for each day of the week. Physically, he’d probably fit in great with Patrick Bateman from American Psycho. Except of course, beneath the uptight Harvard exterior beats a really sweet heart.

Lucy has probably dreamed of working in publishing her whole life. Josh would work anywhere, if the price was right.

Lucy and Josh hate each other. They spend a lot of time trying to psych each other out. Copying each other, moving things on each other’s desks, fighting over email formatting. An HR nightmare. But they’re two very attractive people, and this is a romantic comedy. So they start to realise, maybe their obsession with each other isn’t entirely based on hate.

It’s a fast moving, very funny film. There’s genuinely sweet moments between our two leads. Emotionally, Josh takes the lead. The man is just full of emotional vulnerability and competent dependability. He’s the sort of man who’ll hold your hair back while you vomit, and then clean your house while you sleep it off. Somehow, without throwing anything you love into the bin.

THE HATING GAME promises a wonderful time. It’s different enough to be interesting, but familiar enough to be comforting. It’ll sweep you off your feet, and give you a nice, warm hug. 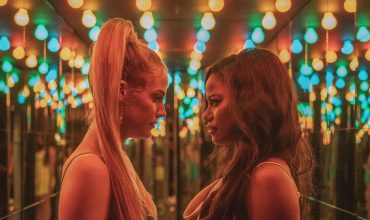 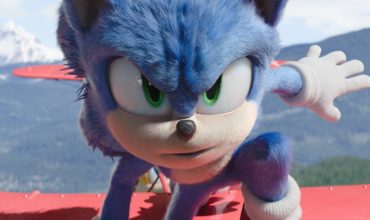