Here we have another novel turned into a movie, this time with the help of Oprah Winfrey, Steven Spielberg and Juliet Blake.

The film introduces us to a family of cooks from Mumbai, who are looking for a new life after losing their establishment and a family member. Initially settling in England, they decide to move to South of France without having any idea as to where to settle. While driving around the French countryside, brakes on their car happen to fail. Leading Papa Kadam (Om Puri) to believe it was a sign for his family to live in the town below the hill. This is where he decides to purchase a run-down restaurant, in spite of the objections from his children. Reason for their protest?  It’s one hundred feet across the street from Madame Mallory’s (Helen Mirren) very famous French restaurant.

The Hundred-Foot Journey is one of those films that is hard to dislike. Even for those of us that don’t particularly enjoy cooking. It’s charming and funny, with a beautiful backdrop of rural France just to inject even more splendour and elegance to the storyline. Scenes involving cooking are simply icing on the cake.

While the movie doesn’t necessarily show a lot of “traditional” Indian dishes being prepared, there are lots of culinary shots and behind the scenes in kitchen. It also tends to focus more on explaining how an individual ingredient can be the hero of a dish. It may sound silly of me to include this information but once you see the movie, you’ll know why.

Food is a massive element of the story, but the subplot of family, cultural acceptance, friendships and love, is what really makes this film relatable to the audience. The first part of the film deals with the cultural diversity rather sensitively and with humour. A lot of credit goes to film makers Lasse Hallstrom and Steven Knight, for managing it the way they have, but the superb acting by Helen Mirren and Om Puri is what truly made it a breeze.

Although the love aspect is rather subtle throughout the movie, it is beautifully and maturely portrayed by Charlotte Le Bon and Manish Dayal. There are no over the top dramas created to show the intensity of their relationship, or anyone else’s for that matter.  It’s not until the end where all subtlety is dropped.

The visuals are magnificent; there is nothing more beautiful than having a lush green backdrop with the contrast of the deep blue sea, while showcasing the historical buildings that Europe is so well known for. These location shots of South and North of France compliment the story line of the film flawlessly.

What lets this film down is the fact that we don’t actually see much action coming from the Indian restaurant after its initial opening. The audience are not told much about it, other than “it’s doing well”. It would have been nice to see both restaurants being enjoyed by customers, instead of focusing on Madam Mallorey’s restaurant and its future.  Also, Mansur and Mahira (brother and sister of Hassan), are left to fade away in the background after the first half of the film. This is a shame as both characters were amusing.

The Hundred-Foot journey is a feel good, adorable, and picturesque film that I would recommend to both genders. Also, it is absolutely family friendly.

Warning:  Make sure to eat before or plan your meal straight after viewing this film.

The Hundred-Foot Journey is now out in cinemas. 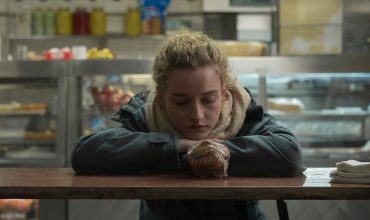 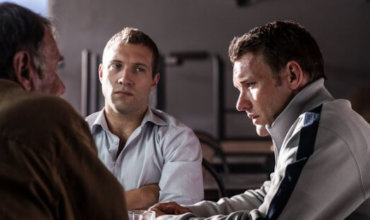