Liam Neeson is on thin ice as he attempts to rescue miners trapped in a diamond mine in Canada’s Northwest Territories after a curiously preventable explosion causes the mine to collapse. He and his small entourage have just 30 hours before the oxygen supply is depleted to deliver a wellhead and enable the miners’ escape. The passage is precarious though – they must traverse The Ice Road (a real 400km road built over frozen lakes that is able to service the mines for only two months out of the year) and cannot go over or under a certain speed lest they and their trucks plummet into the icy depths beneath. The film is written and directed by Jonathan Hensleigh, writer of Armageddon and executive producer of Gone in 60 Seconds and Con Air. As someone with massive soft spots for all of these films and who also works in the diamond industry, I felt a strange calling to review The Ice Road and see if my expectations for a B-grade action gem would be met…

We open on a group of men circling another and throwing his thermos around like schoolyard bullies. It’s clear that the thermos owner has a disorder (we find out later that it’s aphasia and PTSD from the Iraq war but these uncivilised lads use the ‘r’ word instead) and cannot get himself out of this situation. Enter Mike (Neeson), who coolly catches the thermos mid throw and tells its owner/his brother Gurty (Marcus Thomas) to forget these idiots, then swiftly punches out the alpha bully. This leads to both Mike and Gurty being fired from their respective jobs as driver and mechanic and searching for employment in Winnipeg. Meanwhile, expert gas pocket driller and aptly named Jim Goldenrod (Laurence Fishburne) is asked to apply his knowledge and particular set of skills to the mine situation. He bails his driver Tantoo (Amber Midthunder) out of jail but conveniently needs another for the journey. And so begins Mike and Gurty’s 12th job in 8 years as they join the other suicide squad.

Anyone who’s ever seen a movie poster knows exactly what to expect from The Ice Road. Neeson has done so many of these types of films now that the hope for a return to the heights of Schindler’s List slips further and further away. But there are several things I actually liked about the film. The cinematography makes the most of the gorgeous icy landscape, and some of the shots (namely a nighttime sequence of the trucks in single file beneath the Aurora Borealis and the neon aesthetic it creates) are quite breathtaking. There is a charming supercut of the drivers putting their respective bobbleheads on the dash of their trucks that incites the faintest whiff of Gone in 60 Seconds, and I did feel emotionally invested in the relationship between the brothers.

And now to the inevitable paragraph of disappointment. The positives of this film are unfortunately tipped by a healthy number of flaws, and rather large ones at that. The most glaring downside is the dialogue, specifically that of Neeson’s character. Some of his lines feel ad-libbed and, as he proved hilariously in Life’s Too Short, that is not his strong suit. What is written is not much better, and it’s really hard not to laugh at the unintentional hilarity of parts of his performance. Lines like “kiss my Irish ass” are the only hint at the character’s backstory and then it is never brought up again, and when he says “what the hell was that….over” via the truck radio I absolutely lost it. Some of the CGI is quite awful, particularly the explosions and the under ice perspectives, but the most disappointing thing for me was the missed opportunity for tension. There is a point where some of the miners (led by Mindhunter’s Holt McCallany in a wasted performance) are contemplating triaging some of the group to preserve oxygen, and I would’ve loved to have seen that be more than a one minute conversation.

The Ice Road can be filed neatly under the FATPay™ section (forgettable action thriller paycheck movies), much like several of Neeson’s other films and many of Nicolas Cage’s (before his recent stint of knockouts.) It is very much a ‘dad’ movie and I say that knowing my own father will have a great time watching the hyper masculine truck antics and reveling in the less than stellar humour. But if you go in with the understanding that this didn’t have the budget of Armageddon or Con Air and can leave your expectations at the door, you may just find enough in its just-shy-of 2 hour runtime to make it worth the trip.

You can also check out Darran’s chat with the films director Jonathan Hensleigh here. 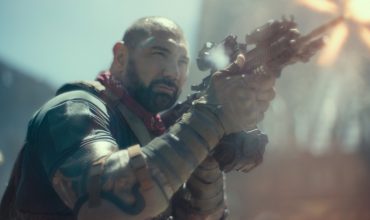 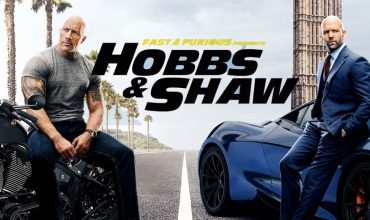