I’ve never been less excited to go to the movies…but appearances can be deceiving.

I wasn’t sold on the trailer for THE MAN FROM U.N.C.L.E.  I couldn’t decide whether it looked clichéd, classy or cheesy…. or perhaps a bit of all three? Needless to say, I wasn’t overly excited to be attending the media screening.

Lucky for me I was very pleasantly surprised.

THE MAN FROM U.N.C.L.E is an origin story for the 60’s TV show of the same name. I haven’t seen the series, and you don’t need to.

Set against the backdrop of the early 1960s, at the height of the Cold War, THE MAN FROM U.N.C.L.E follows CIA agent Solo and KGB agent Kuryakin. Forced to put aside longstanding hostilities, the two team up on a joint mission to stop a mysterious international criminal organisation, which is bent on destabilising the fragile balance of power through the proliferation of nuclear weapons and technology.

The first thing that hits you as this flick plays out is how Goddamn good looking it is: The cast, the clothes, the cars, the locations, the sets – everything! The film positively oozes style. There’s eye candy for all; I had to keep my choctop napkin on hand to mop up the drool.

Whilst Henry Cavill did very little for me strutting in his Superman spandex, he is enough to melt any woman’s heart here. Though super buff Armie Hammer puts up stiff competition.  The two leads show great chemistry – testament perhaps to the flexible production ethos; improvised dialogue was encouraged amongst the actors. Their female offsider, Alicia Vikander is equally stunning and fresh in her role.

THE MAN FROM U.N.C.L.E is a slick flick thanks to skilled editing, creative cinematography and a kick ass soundtrack. The pace is well maintained and there’s a nice balance of action, wit and sentimentality.

There are admittedly some clichéd moments; ultimately the ‘two enemies team up’ premise has been done to death. Yet director Guy Ritchie ensures it doesn’t feel stale.

THE MAN FROM U.N.C.L.E is slick, stylish and fun, with a cast that’ll have both the men and ladies in the audience drooling into their popcorn.  While it’s not Shakespeare, I loved every minute. I rate it 8 stars. 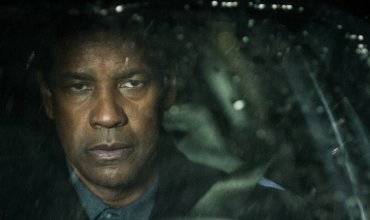 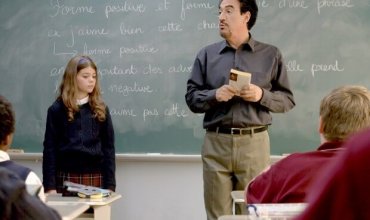