Frank Castle a.k.a. The Punisher exploded onto our TV screens (laptops, tablets, ‘phones) in Season 2 of DAREDEVIL. Now, he’s back in his own series, MARVEL’S THE PUNISHER, on Netflix, commencing November 17th.

Jon Bernthal, who impressed Daredevil fans mightily with his full-on portrayal of the popular Marvel character, reprises his role in a thirteen-part series which has clearly been conceived with the aim of carefully introducing Castle to audiences who know little of the violent hero.  The Punisher was first seen in comic form in 1974 and there have been three attempts at a live-action feature film. The 2004 version starring Thomas Jane has received the best response or maybe the least hatred, but so far the living, breathing incarnation of Frank Castle has been an unrealised fan dream.  Time will tell if they embrace this new Punisher.

Although the series connects with all the previous Marvel Netflix shows, there’s is nothing super or supernatural about this hero. Castle’s abilities are earned from years of military training. And he is driven to destroy bad guys by revenge. Castle sees justice as a black and white process. Which is the kind of thing that appeals to almost everyone at some level. If you’ve ever been bullied or intimidated or submitted to the force and intentions of someone more powerful, then that’s the mind-set that this kind of storytelling thrives on. Castle is about vengeance. He punishes the guilty by depriving them of life.

The Punisher is known for his ferocity and skill at finding various ways to kill his enemies. The show lives up to this in its violent action sequences which are now the high bar for all the Marvel Netflix shows; the direction and staging of car chases, fire-fights, gun-play and particularly hand-to-hand combat is exemplary. As observers we always see what’s happening in these sequences, nothing is hidden with overused techniques like rapid-cutting or shakey-cam; this team know how to present precise, clear action.

The overall arc story is threaded through with major jumps back to Castle’s military experiences and other important moments in his history. The story-line is sufficient to keep us engaged and throw some subtler points into the mix. There are interesting takes on the relationship between the military, private businesses and the US Government. Questions about who Castle is and what he became, percolate through the episodes. His character is simple in some ways, but he isn’t made too simplistic.

We also learn about his family, his friends and the villains over the course of the season. Casting is good and the performances are top notch. Joining Bernthal are Ben Barnes as Castle’s old friend Billy Russo, Amber Rose Revah playing determined Homeland security agent Dinah Madani and Ebon Moss-Bacharach as the mysterious David Lieberman a.k.a. Micro. The working out of this last character and his connection with Castle is particularly watchable.

All the Marvel Netflix shows are well-made. There is plenty of fan argument over whether Daredevil, Luke Cage, Jessica Jones, Iron Fist or The Defenders is the best show. The Punisher provides some serious competition in this list. For me, I haven’t thought this much about a character and what makes them tick, since Jessica Jones, but where that show presented the violation of the mind and the psyche, The Punisher is much more about the physical first. It’s about finding justice through utterly brutal and bloody violence, but its also intelligent enough to question whether one can live this philosophy and remain a functioning human being.

The Punisher Season 1 on Netflix 8/10 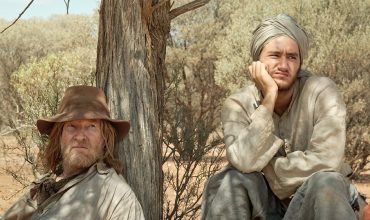 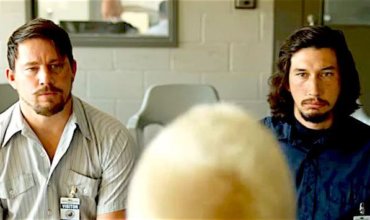