Effectively a clapback to Kathryn Bigelow’s “hunt for Bin Laden” political thriller, Zero Dark Thirty (a trailer for Bigelow’s film actually shows up in the background of one scene here), The Report puts us in the shoes of Senate staffer Daniel J. Jones (Adam Driver), who is tasked by his boss, California Senator Dianne Feinstein (Annette Bening) to investigate instances of American agents using torture as an interrogation techniques in the wake of the 2001 9/11 attacks.

Written and directed by regular Steven Soderbergh screenwriter Scott Z. Burns, here making his directorial debut after writing the likes of Contagion, The Informant!, and Side Effects, The Report is a follow-the-paper-trial procedural drama in the style – and, inevitably, in the shadow – of Alan J. Pakula’s All the President’s Men (1976), with Jones and his small team of dedicated data-sifters digging through mountains of records, transcriptions and email logs to find out what horrible things the CIA were doing to suspected terrorists (and they are pretty horrible), while Bening’s Feinstein runs interference between them and the various venal old white politicos who either support the Agency and the program to the hilt (The Silence of the Lambs’ Ted Levine as CIA Director John Brennan) or want the whole thing swept under the rug for political expediency (Mad Men’s Jon Hamm as Obama Administration Chief of Staff Denis McDonough – in The Report, both major parties cop some stick).

It’s mature, serious, and ostensibly provocative stuff. As Jones and his tiny team dig deeper, we get flashbacks/re-enactments showing how thoroughly unqualified Air Force psychologists James Mitchell (Douglas Hodge) and Bruce Jessen (T. Ryder Smith) managed to sell the U.S. intelligence apparatus, still reeling from their failure to prevent 9/11, on so-called “Enhanced Interrogation Techniques”. It’s hard to say what’s more disturbing; the apparent glee with which the pair go about the torture of suspects, or the hard-nosed pragmatism of the various CIA agents (including Maura Tierney and Michael C. Hall) who endorse their approach.

Importantly, Burns goes out of his way to underline the fact that these brutal techniques produced very little useful intel. Driver’s Jones, the film’s mouthpiece, uses the CIA’s own internal reports to rip the lid of the torture program’s powerlessness, driving home the fact that people in pain will generally say anything to get the pain to stop, regardless of truth. The security state supporting the program is effectively doing so for ideological rather than practical reasons; flying in the face of 24’s Jack Bauer (another piece of early 2000’s pop culture The Report calls out), these are not “by any means necessary” regrettable but vital transgressions, but ultimately meaningless cruelty at the coalface of the War on Terror.

Which means that, in effect, The Report is a polemical, which makes you wonder if anyone not in line with its obvious political stance is going to pick up what it’s putting down. Culturally, we’ve spent well over 20 years othering Middle Eastern people pretty severely (True Lies predates 9/11 by a number of years, to pull just one example out of the cultural hat) and that only increased after the towers fell, so perhaps asking the average cinemagoer to  take a chance on a film that calls out American crimes against suspected terrorists is a bit much. Burns may very much be preaching to the choir here.

Which doesn’t mean he shouldn’t be preaching. Although occasionally strident, The Report is doing the Lord’s work simply by entering the Senate Intelligence Committee report on CIA torture into the pop culture record. This is a solid piece of docudrama that uncovers some pretty appalling truths, but it never quite makes the jump from “interesting” to “vital”. Nonetheless, there’s enough going on here to warrant a look. (6.5/10) 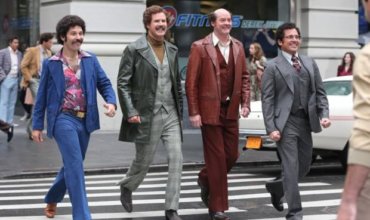 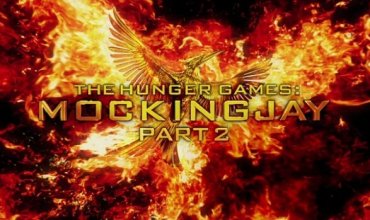