In August 1968, there were Anti-Vietnam War protests in Chicago, Illinois. The Democratic National Convention was taking place and there were numerous rallies and marches protesting against President Lyndon B. Johnson’s policies regarding the war. To those protesting, young men were being conscripted to die needlessly in a conflict in a country on the other side of the world.

The various protests led to tear gas being used by the police, protesters hurling rocks and bottles. There were plenty of physical clashes, that led to protestors being beaten and clubbed with wooden batons. Numerous arrests resulted. Much of the violence and mayhem was captured by the television networks who were present for the Democratic Convention. The audience at home was shocked to see what was happening in Chicago.

A grand jury convened in September 1968 to consider criminal charges. There were 200 witnesses who gave testimony. However, it wasn’t until March of 1969 when there was a change of government and President Nixon assumed office, that the eight protesters were charged. It was charged that the eight defendants conspired to cross state lines to incite a riot, to teach the making of an incendiary device, and to commit acts to impede law enforcement officers in their lawful duties.

Those eight defendants eventually became seven defendants and they became known as the Chicago Seven or the Conspiracy Seven. The trial was a significant political and cultural event that generated much media coverage over the course of almost six months until February 1970. Writer-director Aaron Sorkin has turned these events into a feature film called THE TRIAL OF THE CHICAGO 7.

The opening is an energetic montage of news footage and then a flashback sequence showing the original eight defendants on their way to Chicago. Then the film takes a breath to establishe the courtroom and who is part of the trial, we are skilfully brought into that set-up, where the judge, the prosecution and the defence are clearly delineated and characterised in terms of their respective powers, agendas and goals. The atmosphere is extremely adversarial and not even polite in the conventional sense. For those in the courtroom viewing proceedings, there is clearly a clash of young versus old, left versus right and counter-culture versus the establishment.

Back in 2007, Steven Spielberg asked Sorkin to write a script covering the protests and trial. In the years since, there were numerous attempts to bring the project to fruition. Spielberg himself wanted to direct in the beginning, but over time he made the decision that Sorkin should also direct. The only stable casting from the beginning was Sacha Baron Cohen as Abbie Hoffman. The real-life activist was known for being a media-savvy operator who tended to use comedy and absurdism to provoke. Sometimes the people he provoked were on the left. His brand of attention-seeking was not always appreciated by some of the more strait-laced anti-war protesters. The activists of the left only agreed they were against the War, they were not united in any other sense. In fact, a key part of the Chicago 7’s case was that they represented three different activist groups who were not in contact with each other and therefore were not conspiring.

Sorkin’s body of work in film, television and theatre is prolific. It makes him an excellent choice to make this movie. Included in his back catalogue is the courtroom play, and later film, that he wrote, A FEW GOOD MEN (1992); he created the award-winning political TV series THE WEST WING in 1999 and was responsible for its first four seasons; and recently he made his movie directorial review with the feature film MOLLY’S GAME (2018) starring Jessica Chastain.  The events surrounding the protests in Chicago involved many different participants and institutions. The film attempts to shed light on that history and examine themes of justice, freedom of speech, democracy, civil disobedience and government control. Turning this complex of elements into a viable drama with human beings as characters and not stereotypes, is a task that Sorkin is uniquely prepared for, given the sorts of stories that he has told in his thirty-five plus years in the business.

The cast delivers admirably with the standouts being Mark Rylance, Frank Langella and Jeremy Strong. Eddie Redmayne turns in a surprisingly good performance as Hayden. His usual awkwardness is largely absent. Sacha Baron Cohen pulls out all stops playing Abbie Hoffman. Possibly it was the provocateur part of Cohen, when performing his characters in the real life scenarios of his TV shows, that led Spielberg to see parallels with Hoffman’s approach to activism. Whatever the case, it is a pleasure to see him at work.

In America in the late 1960s, the Vietnam war polarised citizens greatly. Many of the hippy, counter-culture protesters regarded the police as “pigs” and called them that verbally and wrote it on their placards. They were fighting the police and the government because they no longer believed that these powers had their best interests at heart. This was a deep break in the orthodoxy many of the younger generation had been brought up to accept as the truth about America. They were not raised to question the authority of government with demonstration, protest and marches. For some, on both sides, revolution was in the air again. The film is on the side of the protesters and is not attempting to be a documentary-drama. One interesting note about the history offered is that if you read-up on the events of the trial, there were incidents not included; it appears that Sorkin may have downplayed some of the verbal clashes and insults within the courtroom, possibly believing that viewers now might find some of these antics difficult to believe.

Given that this film was conceived 13 years ago, its completion in 2020 could not seem timelier.  Given the events in America currently, where there is civil strife, protest in the streets and extremely polarised politics, it seems to echo what was happening more than fifty years ago. That gives this movie an even greater resonance than it might have had otherwise. Ten years ago, it would have had the power of history behind it, today it can make a contemporary audience question what lies in their future.

THE TRIAL OF THE CHICAGO 7 runs for 129 minutes. Rating (8/10). It is currently streaming on Netflix. 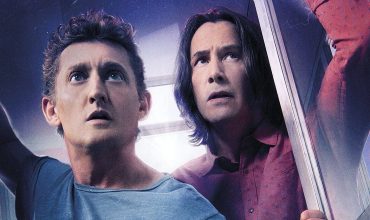 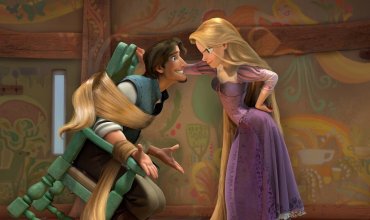