A chaotic battle ensues between Jerry Mouse, who has taken refuge in the Royal Gate Hotel, and Tom Cat, who is hired to drive him away before the day of a big wedding arrives.

The classic Tom and Jerry are making a return to the big screen in time for the April school holidays, with a new adventure that has Chloe Graze Moretz and Michael Pena as their lead human counterparts while Tom and Jerry themselves remain their non-speaking selves.

The film is set in a zany take on New York city where all the animals are animated with some having the ability to speak and others not. It’s definitely a lively bunch of characters with the film taking place primarily in the ritzy well to do Royal Gate Hotel which has put its reputation on the line to host New York’s social event of the season.

Director Tim Story (of Fantastic Four fame and 2019’s Shaft) brings together a lively set of events that draws on Tom and Jerry’s complete inability to be friends while putting them in a situation where they have no choice but to get along for their own wellbeing. What is nice about this outing is that Story made the conscious choice not to reinvent, or redesign these characters with brand new CGI versions and instead keeps with what is a faithful and charming animation style for these two 80 plus year old characters.

Predictably Tom and Jerry end up at the Royal Gate Hotel, where their antics quickly begin to wreak havoc, while at the same time Moretz’s storyline has her stumbling upon a new job at the hotel where she is helping manage the wedding of New York’s favorite socialite couple. Needless to say, chaos ensues and Moretz finds herself either trying to rid the hotel of a certain cat and mouse, or trying to team up with them to help pull off the social event of the year. 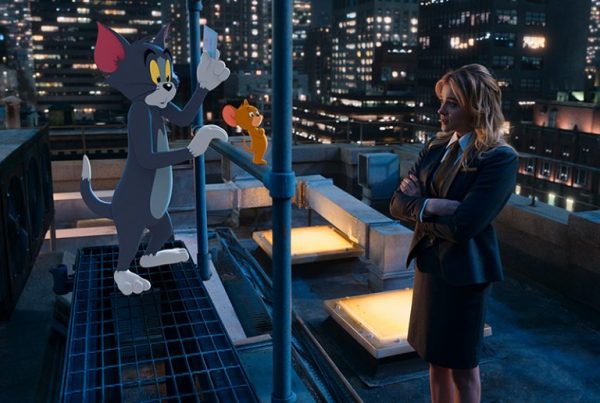 The entire cast of Tom and Jerry embraces the silliness of the film with open arms, while the plot is uninteresting it merely serves to service the chaos wrought by Tom and Jerry. Chloe Grace Moretz is charming and fun to watch with Michael Pena also entertaining with his familiar comedic style.

At times it’s a strange mix of movie however, as it dedicates more time to Moretz’s story arc than you might expect in a Tom and Jerry film which can at times leave the two animated leads sidelined in a film named after them. 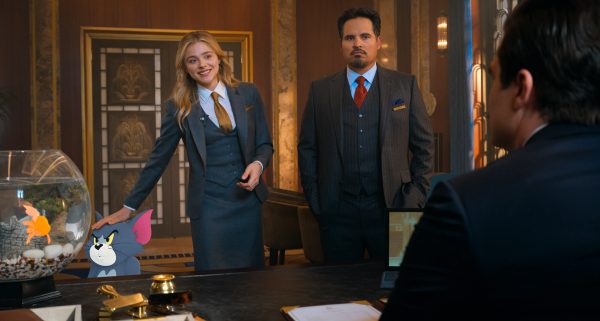 Adults shouldn’t go in expecting anything sophisticated here, Tom and Jerry is a silly but fun film that is really only concerned about appealing to the kids. Anyone looking for something that works for both kids and adults will likely leave disappointed. It’s an interesting creative choice though to have Tom and Jerry serving the arcs of other characters in their own film, which unfortunately could have made more use of them.

Overall Tom and Jerry is more a kid pleaser than an all-round crowd pleaser, but should serve parents well this school holidays, I’m giving it 6.5 out of 10, you can catch it from 1 April 2021. 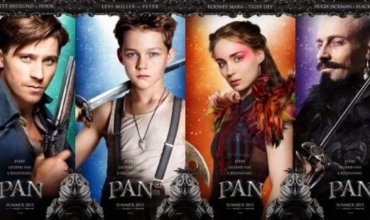