Art auctioneer Simon finds himself deep in-debt before making a deal with shady club owner Frank to steal a Goya painting worth millions of dollars. Suffering a blow to the head during the heist he awakens to discover he has no memory of where he hid the painting.  Frank hires hypnotherapist Elizabeth Lamb to delve into the darkest recesses of Simon’s psyche.  As Elizabeth begins to unravel Simon’s broken subconscious, the lines between truth, suggestion, and deceit begin to blur.

Returning to feature film after delivering an Olympic opening ceremony Danny Boyle brings his psychological thriller cross heist film ‘Trance’ to screens, reuniting with writer John Hodge whom Boyle previously collaborated with for the 1996 film ‘Trainspotting’. Never one to stay within a familiar genre, Boyle again delivers something unlike any of his previous films and while his latest effort is at times somewhat mixed his skill as a film maker continues to shine through.

Alongside films such as ‘Eternal Sunshine of the Spotless Mind’ or ‘Inception’, ‘Trance’ is largely a psychologically driven film exploring the delicate state of the human mind, however it starts off with a relatively straightforward set-up similar to a stylistic heist film centred on stealing a piece of art from a high brow auction house. Boyle’s direction here is excellent as expected, the opening scenes are an effective sleight of hand in promising the audience one thing before turning things around and delivering something else equally as compelling.

‘Trance’ has been constructed with great attention to detail, and as the film progresses it becomes increasingly difficult to distinguish between reality and fantasy. Ultimately this works well as characters revisit the same scenes repeatedly however each time with different reveals and layers slowly falling away revealing more to the audience and promising coherency on repeat viewings.

Following a snappy first act however the film falls flat, the pacing drops off and there is a tendency to meander through some of its quieter moments with a seeming uncertainty about what to focus on. With so few central characters it feels as something of a missed opportunity not to have made more out of their screen time as the film progressed, instead it threatens to become too disorientating with its misdirection, a tendency that thankfully the film veers away from by the final act.

As the final elements of the of the film start to come together, (and not a moment too soon), it quickly becomes quite a rollercoaster as this crafty filmmaker pulls in several story points tying everything together with some mind altering reveals along the way. Playing with such a complex web carries an inherent risk of being too clever for its own good however ‘Trance’ walks the fine line with a reasonable level of competence so as not to completely lose itself along the way.

The film primarily revolves around three characters and is heavily dependent upon its cast to connect with the material,  James McAvoy once again is a pleasure to watch on screen, with an easy and undeniable charisma his performance captures a shattered mind and a reality not to be trusted,  Vincent Cassel is as smooth as ever while Rosario Dawson carries much of the film on her shoulders and does so with seeming ease as her dramatic material becomes more central and critical to the success of the film.

Overall ‘Trance’ delivers a visual slickness and elegance that is well worth a viewing, it’s an uneven but ambitious and broadly well-constructed film that flirts with becoming too convoluted for its own good. 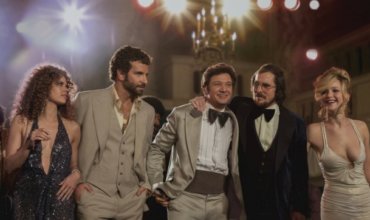 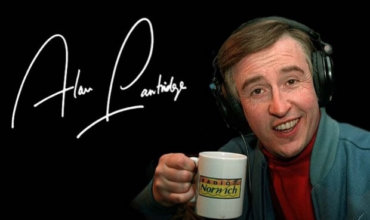