Writer Charles Dickens’ story OLIVER TWIST, first entered the world in serialised form in 1837. It was the tale of an orphan born in a workhouse, sold into an apprenticeship and who, after meeting a pickpocket called The Artful Dodger, turns to a life of crime on the streets of London. The Dodger and Oliver are part of a gang of child thieves, run by an older criminal named Fagin.

Dickens’ serial, and later book, was a smash hit in its day and has gone on to be reproduced in numerous forms. In the world of cinema, some of the better-remembered adaptations are David Lean’s OLIVER TWIST (1948) which starred Alec Guinness as Fagin, the musical OLIVER! (1968) which starred Ron Moody as Fagin and the Disney animation OLIVER & COMPANY (1988) in which Fagin was voiced by Dom DeLuise.

And now, we have a brand-new version in which the characters have been altered and dropped into the simmering darkness of London’s criminal underworld. Except it’s not too dark, as director Martin Owen and cinematographer Håvard Helle keep everything very tastefully-lit, television commercial style, particularly during the night scenes. More on this later.

The new Oliver (Rafferty Law) prefers to be known by his surname, Twist. He was orphaned at 10 and then spent years on the streets learning to be a totally hip, extremely agile, free-running, urban-climbing graffiti artist. Sadly, he isn’t a social influencer. There is no scene in which he is Onewheeling while lip-synching his late mother’s favourite old Britpop song from the 1990s for his TikTok. Despite his lack of cool and social relevance, one day he makes an important contact while escaping the police, when he is helped by a young thief called Dodger (Rita Ora). She turns out to be part of a criminal gang led by a boss named Fagin (Michael Caine).

Back at the gang’s lair, the loot from their life of crime includes a new outfit and shoes for young Twist. He is invited to stay for dinner. Dodge is impressed with Twist’s free-running abilities and suggests to Fagin that he becomes part of the gang. The next day, there is a test of his abilities and Twist is sent on a mission. At this point, there is a literal “twist” in the tale and we discover that Fagin and the gang, mainly make coin by brilliantly planned art thefts! It turns out the boss used to be an art dealer and now he devises clever heists that keep the cops and the art world on their toes.  While working with the gang, Twist finds he is attracted to red–headed Red (Sophie Simnett), but she is in a toxic relationship with the older, psychotically gun-wielding Sikes (Lena Headey). Despite all the unresolved tension within the gang, Twist, for the first time in years, decides to become part of a team. He joins this twisted model of a family.

From here on, we watch the big job being planned and executed. The cops are following everything several steps behind. This is all handled efficiently, if not imaginatively, by Martin Owen from a script mainly by John Wrathall and Sally Collett (who also plays Twist’s dead mother). There are further credits for additional material (four writers) and even “original idea” credits for The Brothers Lynch and Simon Thomas. That original idea: adapt a classic work of English literature into a jaunty art-heist flick that tries very hard to be cool. The feel of the piece is like the old BBC telly series Hustle (2004-12) with a dash of Guy Ritchie. The look of the thing is designed decay and poverty chic and, if it doesn’t seem too much of a contradiction, their clean, bright underworld looks underfunded.

Performances are generally fine. Singer songwriter Rita Ora is good. Sophie Simnett is good. Rafferty Law (billed here as Raff) is the son of Jude and often looks uncannily like dad. He is also good. Michael Caine is good plus a bit more. (As always, he seems to not understand what retirement means). I’m making this point because I have run into a lot of “wooden acting” criticism on the Internet. The actors are doing what they can in a story that is unbelievable from minute 2, when young Twist goes to sleep next to his mother’s grave. Then the intervening decade is brushed over as a preteen grows up alone in London, apparently able to feed himself, get educated and stay safe as he learns how to climb skyscrapers and make colourful street art to expresses his inner-self, like the lost child of Banksy. That’s not an actual subplot, by the way, although I wish it were.

This very chunk of the tale, where the original Oliver suffers so much, was the heart of Dickens’ argument that British society was cruelly treating its most vulnerable members. Here, we’re sold the less compelling idea that a parentless child going solo in the big city will lead to an energetic romp set to a tasty, indie-ish soundtrack.

TWIST is entertaining if you let it be. It’s rated M, feels like it’s aimed at a late teen/young twenties crowd and is a light, light rom-com with several good action sequences featuring free-running. Expect some chuckles and a diverting 92 minutes. My rating: (5/10)

Eye in the Sky Review 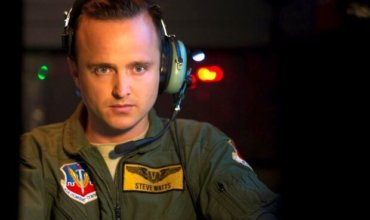 The Wolf of Wall Street Review 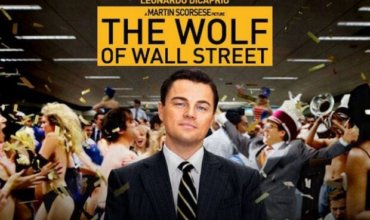