“Alien disguised as attractive young woman seeks unattached young Scottish men. Object: to harvest their life essence. Mostly based in Glasgow, but prepared to travel. Has own windowless van.”

This is more or less the story of Jonathan Glazer’s new feature UNDER THE SKIN. Obviously there is no fourth-wall breaking personal ad. tipping off the male population of Glasgow. UNDER THE SKIN is not a gender-switched remake of the musical comedy EARTH GIRLS ARE EASY (1988), as much as I want such a thing to exist.  It is instead a science fiction art film that drip-feeds its story to the audience. It is adapted from a novel of the same name by Dutch-Australian-Scottish writer Michel Faber.

Scarlett Johansson plays the unnamed extraterrestrial. We, the audience are almost always with her as she travels through the countryside, suburbs and city. None of these environments is particularly inviting. There’s a harshness about this world. The Alien is ever watchful as she scans the streets for her next victim. She stops and asks for directions and establishes whether these men are expected anywhere, if they have a family or partner who might miss them, then she offers them a ride in her van. The suggestion is clear. There could be sex in the offing. Many men get into the van. They are never seen again.

This unsettling tale is made even more so by the abstractness of the storytelling. The Alien is mostly an observer who speaks hardly at all. There is nothing explained in dialogue, everything the audience learns is through observation. This is a tale of how rather than why. Beneath the surface story, there are ideas about sex, loneliness, gender, communication and family. It is ridiculously easy for the Alien to find victims. There are many men who are unmoored from ties to others. She needs to find men whose disappearance won’t raise the alarm immediately.

Director Jonathan Glazer usually works in commercials and music videos. We have him to thanks for Jamiroquai’s 1996 Virtual Insanity clip. He also directed the critically acclaimed features SEXY BEAST (2000) and BIRTH (2004). He has brought that experience to bear in all departments of his new film. He has given us beautifully composed images skillfully blended with top-notch visual effects. The cinematography often presents scenes in wide shots that force us to observe events unfolding, rather than relating to the emotions of the participants. We are detached from getting too emotionally involved. Remarkably, the close-up footage shot in the van, involves mostly untrained actors. Glazer placed a dozen small cameras in the cabin and had Johansonn drive around Glasgow genuinely attempting to pick up men. So the casual responses, chit-chat and flirting are all the more fascinating for not being scripted. This element of the movie plays almost like a documentary or perhaps like reality TV (Snog, Marry, Harvested?).

Johansonn puts in a solid performance as the Alien. She has not been this interesting onscreen for some time. Earlier in her career, when she appeared in movies like GHOST WORLD (2001), LOST IN TRANSLATION (2003) and GIRL WITH A PEARL EARRING (2003) she seemed to be mixing it up between the indie and the mainstream. Lately her roles have been mainly in bland big budget pictures. Sure, she’s good as Romanoff in the Marvel Cinematic Universe, but this new film reminds us that she is an actor capable of more.

UNDER THE SKIN is repetitious in parts and does not reveal itself fully at any point. It’s a movie for those who want to put together the story themselves and then dwell on what they have seen afterwards. It’s a slow-burn with some lovely visuals, disturbing moments and excellent music by Mica Levi. 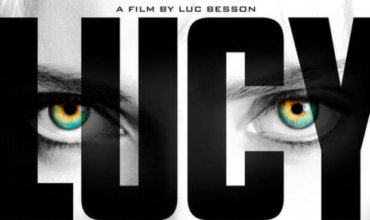 A Walk Among the Tombstones Review 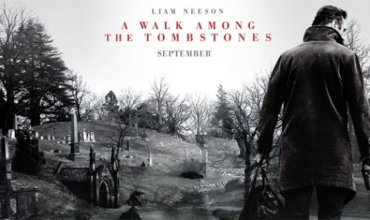