Vampire Academy is based on the first of a series of novels created by Richelle Mead. The movie introduces us to Moroi Vampire princess Lissa Dragomir, and her Dhampir (half vampire, half human) Rose Hathaway, whose only purpose is to protect the Moroi vampire from any harm, which includes the “evil’ vampires called Strigoi.

It is quickly established that due to a car accident, Hathaway and Dragomir have a special connection – Hathaway can see what Dragomir sees and feels.   The pair ends up escaping and live in the human world for a year, before being tracked down and taken back to the dreaded  St Vladmir’s Academy.

Vampire Academy is a strange concoction of Hogwarts meets Mean Girls, with vampirism and part tongue in cheek silliness thrown in there.   Of course, it has to have some romance to appeal to its target audience, and looks of “painful longing for the forbidden love” not unlike those found in the Twilight films.

Zoey Deutch ( Ringer) is the highlight in the film.  She makes the best of what is suppose to be a selfless, sassy and tough role. Unfortunately the writing lets her down, most of her fast quips miss hitting their intended target. The positive news is that they are still funny – albeit unintentionally.

Australian actress, Lucy Fry (Lightening Point) does well in her first big screen role.  To her credit, her character in the movie goes through a lot of mood swings and selfish behaviour, which she balances well as you won’t end up hating her character.

Sarah Hyland (Modern Family) is adorable as the geeky Natalie, which is a small but rather memorable role.

Veteran actor Gabriel Byrne is good, but most certainly does not have his well established acting skills on display here.    Olga Kurylenko is too bland in the film. This is rather shocking considering she is one of the finest actresses around. One could argue she was not given much to work with, but the same can be said for others, yet they still managed not to be forgettable.

Mark Waters is the director, which explains the “Mean Girls” elements and even the style of the film.   Due to fitting in a lot of back story of the girls/academy/vampires, the look and direction of the film seems rushed. Granted, he didn’t have much budget to work with but that should not be used as an excuse.

The stylist and make-up artist have done a fantastic job on this movie. The clothes worn by the actresses are a mixture of feisty, dark and feminine.  I envied their style.  The make-up and hair are flawless – even on the men.

While the movie is not exactly praise worthy and has some extremely cheesy moments, it can still be enjoyable for the adults.  Vampire Academy is made for girls and boys in their early teens only, whom will absolutely love it.  I have to make that distinction because I was accompanied by a teenager at the screening, and we had different opinions of the film in the end.  So if you are a parent, chaperoning teens to the film, don’t despair, your kid(s) will be pleased and at least you’ll have a few laughs.   I rate it 4 out of 10 stars.

Vampire Academy is in cinemas now, take a listen to our Interview with Zoey Deutch who plays Rose. 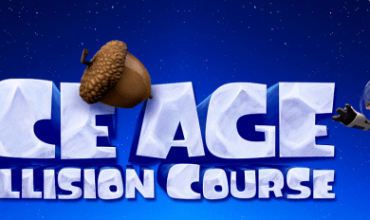