The death of a former matriarch of a reformation house for wayward girls forces three young women to return to the home they shared fifteen years earlier. But one beneficiary is absent – Addison (Aurora Perrineau) who refuses to return to the home, still troubled by the death of a young girl that took place there shortly before the institution was closed down. Before the reading of the will can take place, Lyle (Rachel Hendrix), a former tenant of the house and now a travel blogger, accompanied by a talking travel robot named Mister (Harold Perrineau), drives to collect Addison and convince her to return, so all the young woman can put the past behind them and move forward.

Virginia Minnesota is written and director Daniel Stine (God and Vodka, Grape), and the film’s plot runs concurrent with the mythology of the region, specifically the myth of a lost Viking’s daughter and the other mythical creatures that supposedly inhabit the area surrounding Lake Superior. Heavy on mysticism, the film is visually quite interesting and definitely strange.

Is it a thriller about the past coming back to haunt them? Is it an indie late coming-of-age road drama? Is it a quirky deadpan comedy? Who knows. Virginia Minnesota is all of them rolled together and it’s not entirely off-putting. It contains all the tropes of a coming-of-age film – random raging party, unnecessary drug sequence – and perhaps it is challenging the notion that you come of age at a certain time and only once, perhaps there are multiple and continuous transformations at any age particularly when unresolved trauma is involved.

A stirring orchestral score makes up for a lack of emotional capacity in the actors and poor writing, and there’s a whiff of a jaded yet otherwise perfect protagonist. Virginia Minnesota doesn’t quite hit the ‘quirky in a realistic sense’ that it appears to be going for, and strikes on more of an ‘idyllic and desirable quirky’ tone. There’s a lot of potential to have the characters’ backstory and unresolved grief and guilt increase the tension and comedy throughout, if only Stine had pushed it further rather than making the protagonists generally agreeable to each other throughout the trip. The odd moments of self-awareness where the characters draw attention to their own fictional nature feel out of place with the tone of the film. And if you couldn’t work out the robot was a metaphor, don’t worry they’ll spell it out for you.

Moments of funny, snappy dialogue make this film quirky and charming, enough to the keep the audience entertained throughout what feels like a film not fully formed. 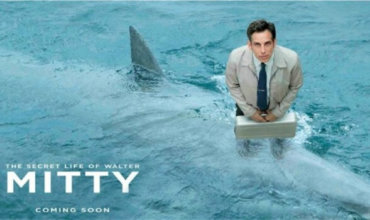 The Hobbit: The Battle of the Five Armies Review 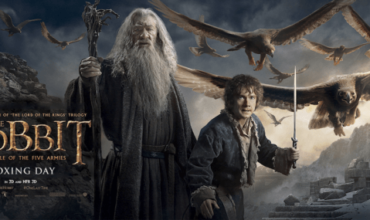