After the official trailers were released, many were ready to write off We Are Your Friends as rubbish. Having DJ friends, being a regular in Los Angeles and on the Hollywood scene, I was intrigued to see how the story played out. So, is it as bad as people were predicting it to be?

The main character is Cole Carter (Zac Efron), whose dream is to hit the big time in Hollywood as a disc jockey. He spends his days and nights hanging with his buddies who equally dream of becoming a “someone” in Hollywood. To survive, they have to take on odd menial jobs that pays nothing or very little. A chance meeting at a night club with James Reed (Wes Bentley), an experienced and exhausted DJ, gives Cole an opportunity to learn and perfect his craft.  Soon, his seemingly clear path to success gets complicated when he starts falling for a girl, his friends become loose cannons, and an unexpected tragedy occurs.

If you are asking why would anyone make a movie about EDM when there are so many other interesting topics that could have been portrayed, you wouldn’t be alone. Rest assured, We Are Your Friends is a pleasant surprise. The main focus is on six people struggling with life and their purpose, EDM and DJ-ing is the sub-plot. The story of We Are Your Friends covers realities of life such as death, depression, broken dreams, love and happiness.  With the exception of Cole, most viewers will feel less invested in the characters because the emotional aspects that should draw audiences in are watered down a lot. I have to assume this was done to keep it as a “feel good” movie.

The first half of the film pays homage to cinematography styles from the 80s and early 90s. There are huge flashy colourful graphics and key phrases that pop up on screen while Efron does his voiceovers. It could have easily come across tacky and outdated but it works with the story. One particular splendid scene turns all the characters into a cartoon like painting. It is as hilarious as it is joyful to watch. These effects inexplicably disappear and replaced by a mixture of steady and shaky (almost taking a documentary approach) camera work with sweeping views of beautiful Los Angeles. The look of the film is a peculiar mixture of styles which might not be obvious to most viewers but it is extremely noticeable for someone like myself.

Zac Efron has taken on some underrated roles over the last few years and this is certainly one of them. He is a natural and seems to settle into this role with ease. No doubt his experiences on the Hollywood scene contributed that. Emily Ratajkowski, who briefly appeared in Gone Girl, is good in her first proper role, although I wish her talent was as focused on as her chest. Even in this movie, there are countless close up shots of that area which were completely unnecessary.

Overall, this is a pleasant feel good movie that will give you an insight to the realities of Hollywood. The soundtrack is also worth listening to if you love electronic dance music. I rate it 6 stars out of 10.

We Are Your Friends is out in cinemas now. 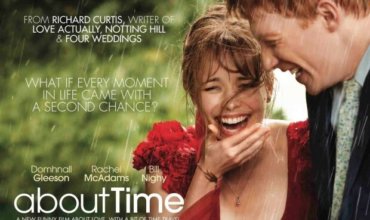 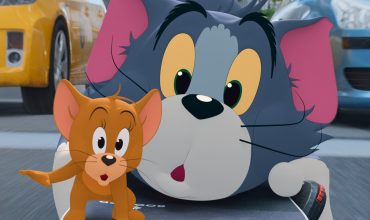