A new documentary exploring the story of the West Memphis Three, a reference to the three teens (Damien Echols, Jason Baldwin and Jessie Misskelley) who were convicted of murdering 8-year-old boys Stevie Branch, Michael Moore and Christopher Byers in West Memphis, Arkansas in 1993. This is the story behind the fight to bring the truth to light.

What happened to the West Memphis Three is both fascinating and maddening. We are given insight into the small town mentality that helped to convict the three initially and as the details of the tale unfold over eighteen years it becomes clear that parochial politics was just as responsible for keeping the trio behind bars.

The plight of the WM3 was unusually well documented even before this current feature. The case first reached a world stage in 1996 when filmmakers Joe Berlinger and Bruce Sinofsky released their documentary Paradise Lost: The Child Murders at Robin Hood Hills. This led to the pair making a further two films on the subject, the third being aired on HBO twelve months previous to the release of WEST OF MEMPHIS.

Writer-director Amy Berg’s WEST OF MEMPHIS is a comprehensive retelling of the story. It’s two and a half-hour length allows a minute examination of the case’s details. An audience has to stay alert in order to follow the winding narrative that is the timeline of the events surrounding the murders. However, after the initial convictions of the three, remembering who is who amongst the various lawyers, politicians and supporters of the WM3 also takes some effort.

Perhaps most surprising for someone as unacquainted with the case as I was, is the participation of New Zealand filmmakers and partners Fran Walsh and Peter Jackson. Their financial and emotional support for the campaign to free the West Memphis Three was apparently not widely known. The extent of this support is made clear in this feature, which they also co-produced with Damien Echols. Jackson can be seen on-screen explaining the parts of the campaign he was involved in. Parts of Walsh’s letters to Echols’s wife Lorri Davis are read out.

This level of producer involvement with the case has led some to question the objectivity of the storytelling, however this is where director Amy Berg is the film’s greatest asset. She was brought on by the producers, after they saw her shattering feature DELIVER US FROM EVIL (2006). That film documented the systematic rape of children by a Catholic priest in the United States. Berg also has experience in producing segments for CNN and CBS news on a variety of tough subjects. It was her skill and reputation as an investigative filmmaker that was sought out for this project.  Berg’s film casts doubt on the police case and points the finger at a particular individual closely connected to one of the slain boys.

A tragic crime such as the deaths of the three boys Stevie Branch, Michael Moore and Christopher Byers has a massive ripple effect on a community. The people of West Mempis wanted to see justice done. There are some still convinced that Echols, Baldwin and Misskelley were responsible. However, the film makes it clear that there were plenty of politicians in Arkansas who have made furthered their careers on this particular miscarriage of justice. And as a result, the actual murderer or murderers have not been found.

West of Memphis is a disturbing and gripping documentary. It is screening now in selected Australian arthouse cinemas. (8/10) 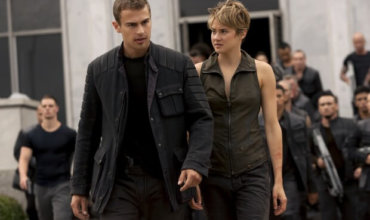 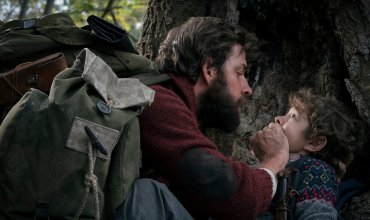