You Will Meet a Tall Dark Stranger follows a pair of married couples, Alfie and Helena, and their daughter Sally and husband Roy, as their passions, ambitions, and anxieties lead them into trouble. After Alfie leaves Helena to pursue his lost youth and a free-spirited call girl named Charmaine, Helena abandons rationality and surrenders her life to the loopy advice of a charlatan fortune teller. Unhappy in her marriage, Sally develops a crush on her handsome art gallery owner boss, Greg, while Roy, a novelist nervously awaiting the response to his latest manuscript, becomes moonstruck over Dia, a mystery woman who catches his gaze through a nearby window.Woody Allen needs little introduction, he has worked as both a writer and director on almost one film a year going back several decades creating what has become a substantial body of work over time. Though already having been released extensively overseas his film from 2010 ‘You Will Meet a Tall Dark Stranger’ is about to be released into Australian screens.

In this film Allen has created a tapestry of human relationships with an unassuming and talented ensemble cast delivering his dramedy set in London. Not content with focusing on one couple, here Allen explores a number of characters across several relationships all intertwined in some capacity.

The writing underpinning the film weaves the various plots together effectively and provides interesting characterisations that thematically explore human desires, dreams, motivations and how our pursuit of them can lead to less than desirable end points.

Where ‘You Will Meet a Tall Dark Stranger’ starts to fall down is that despite interesting ideas and an overall intriguing direction neither the drama or the comedy really hit any standout moments along the journey. This isn’t to say events don’t unfold in an interesting way or the film isn’t engaging on any level because it is, however there are no big laughs that keep things overly entertaining and the drama never manages to become particularly compelling or even unpredictable.

Ultimately Alllen also elects to deliver a somewhat convoluted conclusion where he seems to pick and choose between the multiple unresolved threads deciding on what aspects of the film he wants to provide some resolution to and what aspects he decides to simply leave open ended.

The style of direction here comes across somewhat confusing at times, with dialogue edited in a manner which almost presents the characters as not even being in the same room, while other performances almost feel as if they are being delivered for live audience on stage. The cast that has been assembled however are excellent all round, with special mention to Gemma Jones who injects much heart into the film.

Overall Woody Allen returns to screens with a competent tale about human relationships that proves to be interesting and entertaining enough, but without delivering anything that is likely to prove memorable.

I’m giving ‘You Will Meet a Tall Dark Stranger’ 5 out of 10 stars, it’s released in selected cinemas across Australia from 17th January 2012. 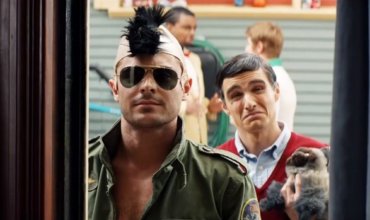