Michael Bay first became known as an award-winning director of music videos and advertisements. His initial feature film BAD BOYS (1995) gave audiences a clear idea of the kind of filmmaker he is. Bay is a visual stylist who loves slow motion, close-ups of the human face and a constantly moving camera; all these are in evidence in his latest feature AMBULANCE (2022).

The movie is a remake and an adaptation of the 2005 Danish film of the same name by director Laurits Munch-Petersen. This version is set in Los Angeles and is focussed on three main characters. Yahya Abdul-Mateen II plays a war veteran Will. He needs to find money for a medical procedure to help his wife. Unfortunately, this leads him to his adoptive brother Danny (Jake Gyllenhaal) who has plenty of money but makes it robbing banks. He offers Will all the money he requires, if he agrees to drive a vehicle in Danny’s next robbery. In the course of this event, Will and Danny end up crossing paths with Cam (Eiza González), an extremely determined paramedic who has strict rules about how she does her job. All of which are about to be tested.

The movie is an action thriller that involves our leads escaping from the pursuing cops. This makes up what feels like 90% of the movie. Every shot is in motion, all of the time. This is aided by the use of some extremely agile drones that provide some stunning footage of downtown Los Angeles.

Lately, we have become used to watching action through the narrative filter of superheroes and Hollywood science-fiction. Bay himself, is well known for his Transformers films. To see a crime thriller presented as a full-on action film is something of a throwback for cinema in 2022. Or to put it another way, speeding, exploding vehicles are usually accompanied by brawling, fist-swinging, spandex-clad beings with powers.

There are plenty of unlikely things occurring, but you don’t have time to process these. From the get-go, you commit to following the three leads on their journey. The script provides reasons, and Bay delivers enough moments between the characters, to keep us engaged with their fate. Gyllenhaal’s screen presence takes us through the highs and lows. He is funny at times and threatening at others. His Danny character is charming and crazy and loyal, so we have plenty of incentive to see whatever he will do next. Yahya Abdul-Mateen II also has considerable charm and his Will has the greatest stakes in the tale. His relationship with his wife and child is intentionally the most relatable element for an audience. We know, that he knows, he is in a bad situation, but his reasons for being there are sound. Eiza González’s character Cam has a reputation for being excellent at her job, but her understanding of its parameters are tested by the challenges thrown at her by Will and Danny’s robbery.

The ambulance of the title is like the bus in SPEED (1994) or the tank in FURY (2014). The vehicle is put through everything possible and yes, becomes almost another character in the story. And if you want, in a few months you’ll be able to include AMBULANCE with those other movies as a vehicular triple feature you can enjoy if you ever need to isolate. Speaking of which, Bay made his film in 38 days in a period when Los Angeles was particularly locked down for the Pandemic. (More on this later.)

AMBULANCE is a non-stop thrill ride. For me, it is the best Michael Bay film for many years. It is an entertaining and engaging 2 hours and 16 minutes at the movies.  (8/10)

NOTE: Darran’s Accessreel interview with Michael Bay covers a range of his movies and the director reveals behind-the-scenes details of making AMBULANCE.

Hit the link to find out more. 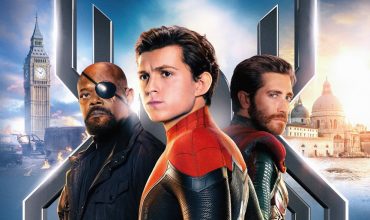