Brothers’ Nest follows brothers Terry (Shane Jacobson) and Jeff (Clayton Jacobson) as they return to their rural childhood home in the early hours of a cold morning. As becomes apparent, their mission (or Jeff’s mission with a coerced Terry following suit) is to murder their step-father Roger (Kim Gyngell) and make it look like a suicide in order to guarantee their inheritance of the property after their ailing mother inevitably dies of cancer. Supposedly united, the brothers quickly turn on each other as their pasts begin to resurface, and everything goes horribly awry. It’s a dark premise, and miles away from Clayton Jacobson’s directorial debut Kenny, the mockumentary about a porta-potty plumber.

The Jacobson brothers fill the roles well, particularly Shane who manages to pull off the film’s intensely dramatic moments. Brothers’ Nest takes place across a single day and all within a single location – the rural Victorian property. The first half an hour or so feels like a play, but the dialogue is not strong enough to uphold interest before the real action commences.

The film oozes a unique Australian gothic feel. The old, decrepit house seems frozen in the past, filled with the brothers’ childhood playthings, as if they are returning to their past to uproot the secrets and injuries that have haunted their lives and led them to pursue such a murderous course. The overriding conceit is suicide, the death and destruction of the self that humans have such a tendency towards, whether it be through bankruptcy, divorce or illness. The brother’s slowly reveal to each other how they have been coming undone, drifting apart and now returning to the place that has forged them into the men they have become. The setting, score, clever camera angles and lighting encompass the darkness of the narrative and create an ominous tone throughout.

The film has been labelled a bloody farce, but this might imply its all gory excess and no substance, when the film does in fact attempt to touch on some serious themes. While the film begins with a suspenseful tone, it only becomes a thriller half-way through and then becomes sporadically, shockingly violent. What the film does well is to recognise the difference between planning a murder and committing the act. Perhaps the film is more accurately labelled a dark/black dramedy. However, there doesn’t feel like a sufficient blend of drama and comedy, it’s more like humorous moments or the occasional curse word thrown in to diffuse the horror of the situation and keep audiences in favour whenever interest starts to wane. The humour almost undoes any thoughtful evaluation of the corrupt family unit by reminding the audience it’s all meant to be ridiculous.

The ending is punchy and effective, and Sarah Snook’s cameo adds some well-rounded closure to the film. 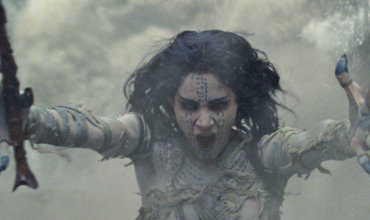 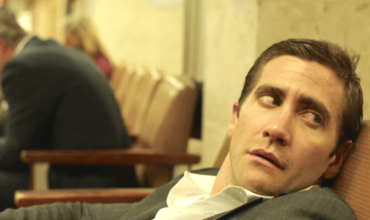