Desmond Doss and his brother are raised in rural Virginia. When the Second World War begins, both the Doss boys enlist, much to the chagrin of their father (Hugo Weaving). He fought in the First World War and lost all his close friends. It damaged him psychologically which drove him to drink and violence. Desmond (Andrew Garfield) has very different ideas from his father. Raised as a Christian by his Seventh Day Adventist mother (Rachel Griffiths), Desmond decided long ago that he would not allow violence to destroy his life. So he enlists in the army, but with a proviso, he is a conscientious objector who refuses to pick up a weapon and use it against his fellow man. He chooses to serve as a medic on the battlefield.

When Doss is in boot camp, the fine points of his moral stance are lost on his fellow soldiers and officers. A conscientious objector is merely a coward to them. Doss’s patriotism is questioned, but for him his faith is the highest priority. During training he meets and courts a young nurse called Dorothy (Teresa Palmer) and they marry. The U.S. Army is determined to make him conform to its rules or throw him in prison. Desmond fights to be allowed to go into battle without a gun.

HACKSAW RIDGE is Mel Gibson’s latest feature. His last film was APOCALYPTO (2009), so the Oscar-winning director’s new work is something of an event. Gibson’s religious convictions are well known. He self-funded THE PASSION OF THE CHRIST (2004) which became the highest-grossing religious film ever made. Although HACKSAW RIDGE can be seen as a war movie with some full-on graphic violence in its final third, it is also a film about the power of faith. And because it is based on a true story, many will find this tale both brutal and inspiring.

Gibson is an under-rated actor, especially by those who only know him as his iconic character Marty Riggs from the LETHAL WEAPON pictures. He always knows how to get the best out of his cast. Hugo Weaving and Rachel Griffiths are expectedly good. However, Vince Vaughn as the sergeant and Sam Worthington as Captain Glover, Doss’s commanding officer, both turn in fine performances. Although set in Virginia and Okinawa, the film was shot in New South Wales and has a large Australian cast that includes Firass Dirani, Matt Nable, Richard Roxburgh and Ryan Corr. Andrew Garfield is impressive as Doss. He realistically embodies the character’s tenacity and strong faith.

In some ways, HACKSAW RIDGE has a classic feel to it. A welcome amount of attention is paid to the set-up of the characters and their motivations. Nothing is rushed in its 131 minutes. As with all post Private Ryan war movies, the portrayal of the action and gory violence is very much up-to-the-minute. This is not an entertainment for the faint hearted; shattered limbs, spraying blood and exposed innards are there in the battlefield scenes. However, I didn’t find these gratuitous, because I believe Gibson is attempting to show the ferocity and horror of one of the Pacific’s bloodiest campaigns. There were times when I felt the action veered towards melodrama, but this was mostly due to the score. The music is huge and the power of this, combined with the intense imagery, makes a big statement.

HACKSAW RIDGE is a big film. On the one hand it says, War is Hell and shows it to us in detail. On the other hand, it gives us Doss, who enters Hell and saves men who would otherwise have died. The film is in wide release in Australian cinemas now. (8/10)

Note: Darran’s interview with Teresa Palmer can be found here: 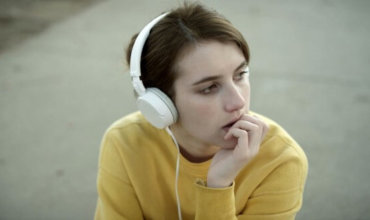