HOW TO PLEASE A WOMAN is a fun little comedy about great sex, housework, and the mature woman. Being a mature woman at this point (in longevity if not life accomplishments), I had a really great time watching it.

Sally Phillips plays Gina, a busy woman who is feeling unfulfilled, but hasn’t quite noticed yet. She’s taken for granted, both at work and by her husband. The highlight of her day is her early morning ocean swim, where all her friends brave the cold water, cheer each other on, and have a laugh.

It’s Gina’s birthday, and for a bit of fun, her friends hire her a male stripper. And so Tom (Alexander England) turns up on her doorstep, already taking his shirt off. In a moment of exasperation and exhaustion, she asks if instead of dancing, he could clean her house instead.

Apparently, her husband didn’t consider there were nicer ways for Gina to spend her birthday than with a scrubbing brush in hand.

Sharing the story with Swim Club the next day, Gina has an epiphany. Women, tired of boring housework and unsatisfying sex, will pay good money for a handsome man to clean their house. Especially if he’ll take her to bed, too. Before or after.

And so ‘Pleased to Move You’ is born: promising a spotless house and at least one orgasm per booking.

HOW TO PLEASE A WOMAN offers a lot of cackle about. It’s very much the sort of film you could watch with a group of friends. And depending on how open minded she is, possibly your Mum? Hell, she’ll probably find some similarities with her own life. I think a lot of people, regardless of their gender, can identify with feeling fed up with unending housework and a disappointingly silent sex life.

Especially with how things have been these last two years.

It’s got some pretty awesome characters, too. There’s a sexually liberated younger woman, who loves a commitment free hook-up. The beautiful, big breasted lady who is smarter than anyone gives her credit. The wealthy wife who needs to learn how to ask for what she wants.

Actually, the details of sex, and what different people enjoy, is such a highlight of this film. The script is bold and upfront in its descriptions, and its directness is a delight. Granted, the double entendre of the similarities between table polishing and clitoral stimulation can get a bit laboured at times. But even in those moments, it still comes across as super charming. In that lovely, dorky, Australian comedy way.

HOW TO PLEASE A WOMAN is decidedly relatable, a bit racy, radically loving, and laugh out loud funny.

And it was locally filmed in Fremantle, so there’s some beautiful locations. It actually reminded me: it’s been a long time since I visited the Arts Centre.

I think I might buy a croissant or two, which will make more sense once you’ve watched the film. 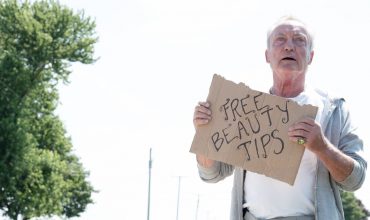