I had the chance to attend the wonderful opening night of the PIAF Lotterywest Festival Films last Sunday, with In Harmony starting off the festival.

In Harmony (or En Équilibre ) is a French story written by director, Denis Dercourt. During the night, he revealed that the script is loosely based on a real person he was inspired by. It chronicles after the time Marc (Albert Dupontel), a movie stunt man, has become a paraplegic due to an on-set accident involving his beloved horse. Anxious and unable to find work, Marc attempts to seek proper payments from the insurance company involved. Florence (Cécile De France) is assigned to the case by her employer to make sure to minimise payouts to Marc by making him admit to being reckless. What follows is a battle of the two and an extremely understated romance.

This film will not satisfy anyone looking for a heavy overdramatic French romance. The main focal points of the story are passion and inspiring others to follow their dreams despite the circumstances. It becomes very clear early in the story that Florence is the one who is truly crippled.

Marc, who has every reason to be miserable, is full of life and so determined that audiences are left with no doubt as to why Florence chooses to do things that could be detrimental to her corporate career, but at the same time, allows her soul to flourish.

Dupontel and De France are likeable and have a nice chemistry on screen. Dupontel has capacity to show pain and passion in a graceful way, while De France hits at all the right notes for her character’s emotional roller coaster ride.

In Harmony is a picturesque feel good movie with its bright cinematography and happy tone. Unfortunately, some of those are also its downfall. It tries so hard to leave a delightful impression that it sacrifices some of the deeper emotional impact the characters could have left. When such relatable and difficult themes are played out, you’d expect to feel something significant – sadly that’s not the case here. The actions of the insurance company are the only times you will shake your head in disgust.

In Harmony is currently screening at UWA Somerville and Joondalup Pines until 6th of December as part of the Perth International Arts Festival – Lotterywest Festival Films. 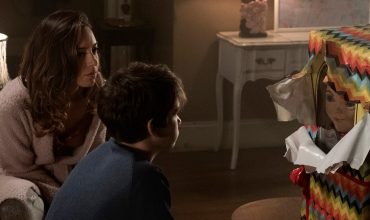