In the spring of 2015, I wasn’t exactly doing a lot with my life. Working part-time in a minimum wage job I began a second Bachelor of Arts, because one round of unemployment wasn’t enough. I had just wrapped up my seventh rewatch of Sex and the City and was in search of another text through which to live vicariously as a sad twenty-something with no social plans on a Saturday night. It was the most reading I’d done since The Deathly Hallows came out but I persisted with wonder through A’Ziah ‘Zola’ King’s 148-tweet Twitter thread about a weekend spent in Florida with a “white bitch” named Jessica. Six years later, through the combined powers of director Janicza Bravo and A24, this thrilling (and mostly-true) tale is adapted for the big screen – with very entertaining results.

Our eponymous heroine Zola (Taylour Paige) works in hospitality and doesn’t earn enough for what she has to deal with (relatable.) She does however look cute in her Wild West themed uniform – enough to catch the eye of a certain “white bitch” who, for legal reasons, we shall call Stefani with no ‘e’ (Riley Keough). Stefani sits with an older, black gentleman whom we never see again and compliments Zola on the quality of her bosom. “They look just like lil’ apples” she says in a blaccent that startled me, and a bond is formed that will test Zola’s resilience for the rest of the runtime. They embark on what Zola understands to be a money-making trip to Florida involving dancing, but only dancing. Twitter chimes signify the beginning of the end for this foe-ship and will later punctuate each story point from King’s riotous original thread.

This is a cautionary tale about Stranger Danger as much as it is a rip-roaring celebration of girls just having fun. Zola seems to know better than to engage with Stefani as she voices her concerns very clearly – “bitch, we just met and you already asking me on a ho trip?” – but the ennui of her life is too powerful to give up the chance to make the promised ‘big money’. The amusement that comes from her very quickly realising her mistake while in a car full of idiots is a situation I think we’ve all been in, but for Zola the error in judgement is going to be a bit longer lasting.

One such idiot is Cousin Greg himself Nicholas Braun, perfectly cast as Stefani’s puppy dog boyfriend Derrek. His Craig David-esque chinstrap beard and sweet naivety will cost the group their safety later on, but Braun adds his comedic brand of awkwardness to Derrek to butter us up for the impending chaos.

Delivering an electrifying supporting performance is Colman Domingo as ‘X’, the man who ‘takes care’ of Stefani. Zola translates the meaning – he is Stefani’s pimp, and he gets the lion’s share of her earnings. Zola didn’t sign up for ‘trapping’ and as she tries to get out of the car, a terrifying accent slip from ‘X’ is the first sign of true danger for the girls. Domingo’s seamless transition from generic American to African Warlord and back again as he yells his threats is very powerful. We understand the gravity of the situation and the care that Zola must take to get both herself and Stefani out of this as unscathed as possible. 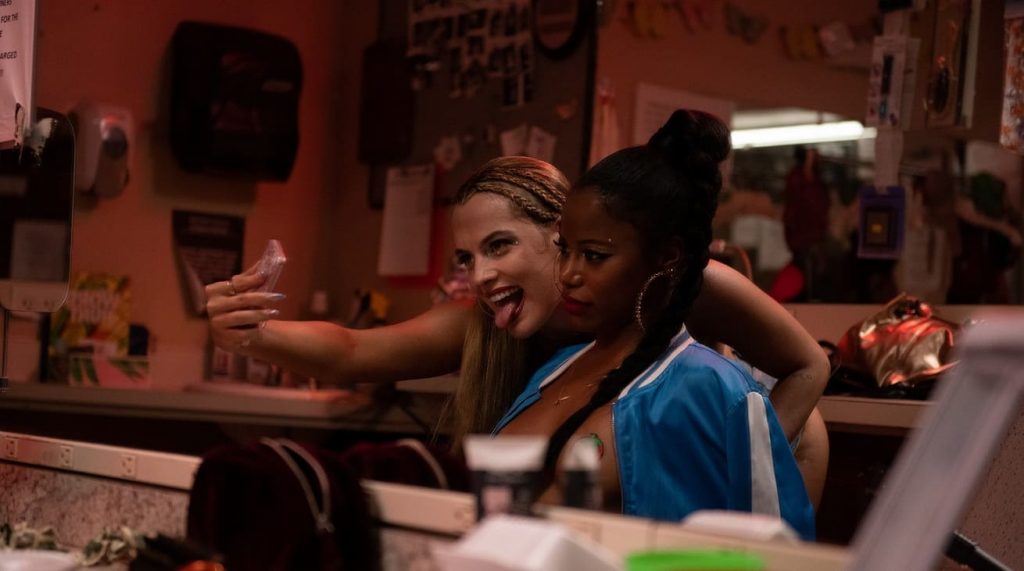 SAY TITTIES: Taylour Paige has had just about enough of Elvis’s Granddaughter

Thankfully for Zola, she has a mind for business and self promotion. Her ingenuity to jack up the prices and take better photos of Stefani lands the pair in a hilarious sequence involving Stefani servicing about twenty Johns and Zola awkwardly standing in the corner of the room. Quick cuts of each client’s full frontal genitalia seem to reference the conquest-falling-on-the-bed sequence in Wedding Crashers and the casual male body shaming nicely contrasts with the idolisation of the female body in the pole dancing scenes. Having a bunch of flaccid penises quite literally shoved in our faces is a very clever way to immerse the audience in the world of sex work, inciting perhaps a newfound respect in some (but predictably not all) viewers. If you are a prude, prepare to be uncomfortable.

For a film based on a social media thread there is a refreshing lack of screens shown and it’s one of the only instances I’ve seen where telling actually serves the story better than showing. Bravo has the characters overtly narrate their text exchanges, emphasizing their individual voices and adding levity to an inevitably doomed weekend away. The use of subtitles during a scene where Zola and Stefani engage in girl talk is a creative addition and one that will make any millennial woman reminisce about the deep and fleeting connections formed with drunk girls in club bathrooms.

Melbourne cinematographer Ari Wegner (of Peter Strickland’s kaleidoscopic In Fabric and Jane Campion’s upcoming The Power of the Dog) creates a gorgeously pulpy, pastel dream aesthetic that perfectly frames the increasingly bizarre events taking place. The glittery pole dancing sequences are a celebration of the female form and gave me what Hustlers didn’t – a sense of awe at the acrobatics and skill of it all. Shooting on 16mm film gives Zola a vintage texture that I think works well with the modernity of the setting while ensuring that the bouncing ass cheeks verge on 70s sexploitation.

Composer Mica Levi (whose incredible score for Under The Skin still reverberates somewhere in my chest) weaves a harpy and glockenspielic theme made up of short bursts of ringtone-length pieces in a shout out to the medium of the source material. The resulting sound is like the works of Thomas Newman played through the filter of an iPhone 6. This is a huge compliment, despite the description – the dreamlike quality is consistent until it’s not and bursts of erratic percussion aptly score the growing proximity of the shit to the fan.

Zola is incredibly well made and has a lot going for it, but it does somewhat lack the zest of King’s voice and the punchiness of the format through which this story was originally told. I think of this as an illustrated addendum to the source material and would encourage those unfamiliar to first read the ‘book’ before venturing out to experience the adaptation. But venture nonetheless – it’s full of suspense.

Zola has advance screenings this week and is out in cinemas November 18. 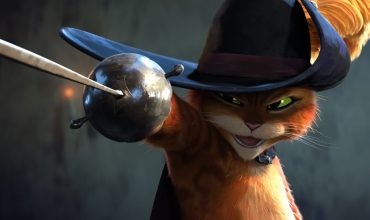