It’s 1978. Cam Stuart (Mark Ruffalo) is a man from a well-to-do Boston family who should be able to walk into a highly paid job based on his connections. However, he is manic-depressive (or bi-polar) and he doesn’t always take his medication. This gives him a reputation for volatility that isolates him from his friends and family.

Cam meets Maggie (Zoe Saldana) and they marry.  For a time the relationship works. The Stuarts have two smart daughters, Faith and Amelia, and the four of them live in the country and have a low pressure, lovely life. Eventually, money gets tight and the Stuarts want to give their girls a good education, so they move to the city. Here they discover the pressures begin to weigh on Cam and eventually he has what he terms a “breakdown”. For some months, he lives in a care facility until his doctors work out a better combination of drugs to help him deal with his life. He improves enough to move into an apartment of his own, but it seems that living with his wife and daughters is not an immediate possibility. Then, their finances get even tighter as Maggie discovers that she can’t earn enough to cover their bills. As she points out to Cam, he has the right background for success in Boston, but he can’t get a job; as a black woman from a family with no connections in the city, she has no real opportunity of breaking into the seriously paid career she is after. So she decides to study in New York and thinks that Cam should have the more-or-less full-time care of their children for 18 months as she fast tracks through a business degree.

This is the dramatic and emotional heart of INFINITELY POLAR BEAR. Can Cam look after his daughters (approximately 10 and 12-years-old) and keep it together while Maggie gets an education? She is uncertain this is a good idea and so is he. He has regularly failed to take his meds in the past and the resulting instability and mounting chaos, affects everyone’s lives. Not even Faith and Amelia are completely on board with the plan.

Mark Ruffalo is a terrific actor and he makes Cam likeable from the get-go. However the frustrations of dealing with this man, who is eccentric on a good day, are evident. Zoe Saldana’s Maggie is a rounded, fully realized character. As great as all her riding, hunting, shooting, fighting, spying, spinning, chopping, blue skinned, green skinned, kick-ass alien assassin-type roles have been, this part allows her to build a recognizably human character with serious emotional stakes to deal with. The Stuart girls are strongly played by Ashley Aufderheide (Faith) and Imogene Wolardarsky (Amelia) who is the daughter of the director Maya Forbes.

Forbes has created a comedy that touches lightly on serious subjects. The story is part autobiographical and deals with the reality of mental illness compassionately. It is shown as part of the tapestry of the Stuarts’ lives, rather than a constantly negative force. The Stuarts’ other challenges include the strain of separation, their poverty and to some extent class and race. As writer and director, Forbes has created a believable and engaging world. As an audience member, you want to see this family succeed against some pretty tough odds.  This is a film for adults that has some gritty moments and ultimately entertains.

INFINITELY POLAR BEAR is still screening in some Australian cinemas. It runs for 90 minutes. (7/10) 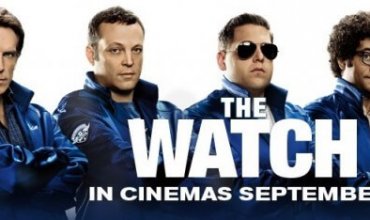 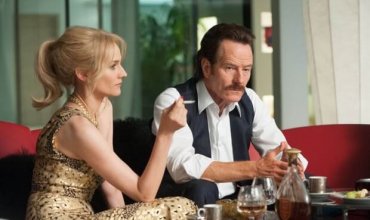