Australian band Midnight Oil were formed in the mid-1970s. Their fans called them The Oils. They had a reputation as a hard-rocking crew. That came through their constant gigging in pubs where loud, aggressive performances got you noticed and paid. They were considered different from the run-of-the-mill music act of the day, because they made Australia the subject of their lyrics and they put our country’s politics front and centre. They were not corporate, nor polished in their approach. They were admired by some for their politics and reviled by others for the same reason. The Oils were anti-capitalist lefties who protested against the USA and USSR’s reliance on maintaining world peace through the threat of Mutually Assured Destruction. The band were younger Baby Boomers pushing against the beliefs of their parents’ generation and even the forms of protest favoured by their older Boomer “brothers and sisters” back in the 1960s and ’70s. Or as they said in their song Brave Faces, “Flower people were so beautiful, but straight and loud’s the way…”

MIDNIGHT OIL 1984 is from that time when the planet was divided into Communist nations or Liberal-Democracies and China was not yet an economic force. The Good Old Days as we now call them. Oh and many of us went to bed every night thinking nuclear conflict between the Russian Bear and Uncle Sam was a real possibility. Check out the British TV series THREADS (1984) or the US movie THE DAY AFTER (1983) if you want to capture the flavour and the fear of that moment in history.

In 1984, Midnight Oil toured to promote their album Red Sails in the Sunset. Their previous album 10,9,8,7,6,5,4,3,2,1 had remained in the charts since its 1982 release. Despite limited commercial television and radio exposure, The Oils reached an enthusiastic audience who considered themselves independent or alternative or at any rate, not “mainstream”. Lead singer Peter Garret was the instantly recognizable face of the band. He was tall, bald and danced bizarrely on stage. You couldn’t ignore this man who was whirling around insanely while shouting anti-nuke statements down his microphone. Then he got the idea to run for the Australian Senate as a member of the Nuclear Disarmament Party.

Filmmaker Ray Argall was right there capturing all of this from 1983 and into 1984. He followed the band on its tour, shooting footage on super-16 film stock and recording audio on quarter-inch tape. The money for a documentary wasn’t forthcoming at the time, so the many hours of audio tape and film neg’ was put into storage.  Now, thirty years later, that material has been digitised, restored and brought up to contemporary standards for cinema and subsequent DVD release. Back in 1984, Argall developed a good relationship with the band and the road crew and was able to get an excellent level of access with his cameras. We are privy to behind-the-scenes material, gig coverage and press conferences as Garret’s political campaign takes off.

The movie has two main strands, firstly it’s a concert film, secondly it’s the story of that unexpected bid for the Senate and the attendant media circus. Garret’s campaign is supported by the band members but it still affects The Oils’ focus. For those of us who were around at the time, it’s an excellent snapshot of an era that has not been overly covered by documentaries. Some of the political posturing now seems somewhat naïve, particularly given the minimal effect of anti-nuclear protest on international governments. However, the music is brilliant. There are moments captured at Sydney’s Capitol Theatre where the rapturous audience are at one with the band and The Oils are giving it everything they’ve got. That’s what every performer and audience member is looking for at a live gig, but it doesn’t always arrive. This movie reminds us that ln the mid-1980’s, The Oils delivered their world-view fast and loud and without compromise.

MIDNIGHT OIL 1984 isn’t as comprehensive as Kriv Stenders’ 2017 documentary about another well-loved Australian band in THE GO-BETWEENS: RIGHT HERE, but it has a different purpose from that film. It isn’t supposed to be an all-encompassing biography, but rather the re-examination of a particular time when the youth of the Western World were convinced that either HIV-AIDS or a nuclear war would end their lives. There was no Social Media and the Mass Media (as it was called) didn’t belong to the upcoming generation and therefore didn’t voice its concerns. Midnight Oil was the angry soundtrack that expressed how many young people felt. The film is a solid record of that point in the band’s journey. 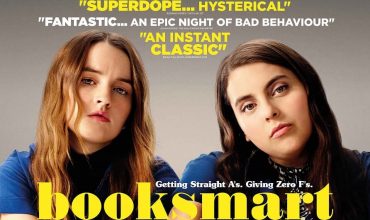 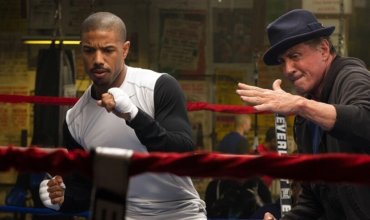