OCEAN’S 8 is the gender-flipped spin-off from Steven Soderbergh’s “Ocean’s” movie franchise. The all-female heist flick was counter-programmed against DEADPOOL 2 and SOLO: A STAR WARS STORY. It beat the opposition to number one position in its opening week. Variety reports that the audience figures broke-down as older than average (68%) and more female than average (69%). Older in movie box-office terms means older than 25. All of which is worth considering when we think of OCEAN’S 8 as unusual as far as modern movie trends go. The gender-flipping was thought by some commentators to be a gamble in box-office terms, but a successful movie that is not connected to the reigning fantasy, science-fiction or superhero universes is the real surprise.

So, one can speculate that oldster couples who survived Thanos and his activation of the Infinity Gauntlet, seem to have found a babysitter, torn themselves from Netflix and ventured to their local cinema to see a tale in which characters played by Sandra Bullock, Cate Blanchett, Mindy Kaling, Sarah Paulson, Awkwafina, Rihanna and Helena Bonham Carter organise and execute a multi-million dollar jewellery robbery. How do we, at AccessReel, rate the result?

Sandra Bullock and Cate Blanchett play the duo at the centre of the heist, Debbie and Lou. Debbie is the sister of the supposedly late Danny Ocean (of the other “Ocean” heists, i.e. the guy George Clooney played). Lou is the night-club owning buddy who did small-scale scams with Debbie, years before. They haven’t seen each other for some time because Debbie has been stuck in prison. She was locked up because she trusted the wrong criminal, who was also her boyfriend. And she missed her brother’s funeral. And now she is out of jail and out to get revenge. Most of what Debbie and Lou say and do relies on the actors’ considerable charisma and screen presence to entertain, because the dialogue and the story-telling are not remarkable. The same can be said for Sarah Paulson, she is terrific in almost everything, yet here is not given enough to sink her teeth into. I would have enjoyed seeing more character development and smart-aleck zingers from this trio. Having said that, Rhianna and Awkwafina have a couple of noteworthy moments each, which is welcome. Oddly enough, the funniest and most watchable scenes involve Anne Hathaway and an unexpectedly good James Corden.

The heist itself targets the Toussaint, a $150 million Cartier necklace. The location of the robbery is New York City’s Met Gala. As in all good heist films, the details are complex and each participant must train for her role meticulously until it becomes second nature. There are several setbacks, as per the genre and this middle section contains both averagely bland scenes and some that are light and fun. By the time the heist proper clicks into place, the movie shifts a gear and it is consistently engaging from this point onward.

Whether he likes it or not, director Gary Ross (who co-wrote with Olivia Milch) is competing with Steven Soderbergh in taking on this project and he delivers a movie that is on par with OCEAN’S TWELVE and THIRTEEN, but loses out against Soderbergh’s OCEAN’S ELEVEN. The costume designs by Sarah Edwards do a better job delineating the characters than the script does, the movie’s version of the Met Gala is a visually rewarding heist target, the cameos are fun (Anna Wintour, Katie Holmes, Kendall and Kylie Jenner to name four) and the music by Daniel Pemberton, that is built on David Holmes’ work from the other Ocean films, is pushy and annoying.

All up, this is a reasonably entertaining shot at the genre, that is forgettable but fun for its 1 hour and 50 minutes of screen time. (7/10)

Cloudy with a Chance of Meatballs 2 Review 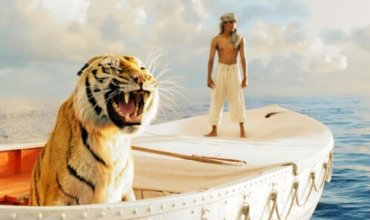