After discovering a small, blue, fast hedgehog, a small-town police officer must help it defeat an evil genius who wants to do experiments on it.

Sega’s long running mascot Sonic the Hedgehog first appeared on the Sega Megadrive all those years ago in the very early 1990’s, giving Mario and his friends over at Nintendo some competition. A long time in the making Sonic has taken the leap from video games to film with a live action movie carrying his name appearing in cinemas from 13th February.

Since its release Sonic has racked up over $260 million at the world wide box office, from a production budget of just shy of $100 million, which is a reasonable result for the blue little alien.

The Sonic film opens on his home planet far from earth, where the preamble is quickly condensed down for quick audience consumption before things move along to earth where the real story starts to unfold. Starting off in a quiet country area it doesn’t take long before the film starts pulling events together and kick starting a larger adventure. Sonic is something of a refugee hiding out on earth, over time he develops a love for the town near where he lives, but after a decade Sonic has to finally confront the possibility of relocating to another world to stay safe and hidden.

For those who’ve been onboard since Sonic’s early video games, there’s a nice familiarity to his home planet in the opening sequences of this film, but the longtime fans will need to be a little flexible to enjoy this film which for the most part takes place on earth. Quickly Sonic’s main goal in this film is made clear and audiences are on the road for a fun adventure.

Notwithstanding previous controversies around Sonic’s design, what they delivered in the theatrical version of this film is a lovable character that’s pretty impossible not to like. Voiced by Ben Schwartz, Sonic is a heartfelt, mischievous and fun loving alien, paired up with a light hearted and easy to enjoy onscreen James Marsden their pair lead the film effortlessly. Jim Carrey as Dr Robotnik also lifts the film whenever he’s onscreen, without having an actor like Carrey in this role would have been incredibly detrimental, and while he isn’t at his zany peak, he still delivers a stand out performance here and adds some much needed energy and character to the film.

The action scenes are engaging and fun, there’s some decent use of bullet time effects and when Sonic is in action mode there’s heaps happening on screen delivering plenty of visual eye candy.

Plot wise there’s a lot going on that doesn’t particularly make a whole heap of sense, and a few logic gaps (or lack of logic gaps) that shouldn’t be given much thought or things tend to fall apart quickly, but at its core its thread is familiar yet strong enough to hold everything together so that the flashy visuals can keep things entertaining.

It’s been released for a few weeks now and the Sonic/Sega faithful will no doubt have already seen it, but if you’re still wondering about Sonic I highly recommend taking a look. It’s a fun time, it’s great for kids, and one of the better video game adaptations we’ve seen, fingers crossed Sonic gets a sequel to this debut adventure. 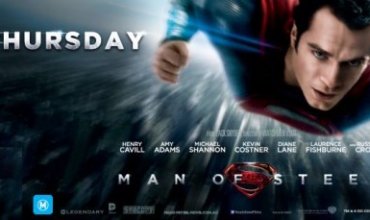 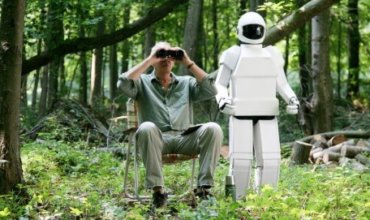