On January 15th 2009, US Airways Flight 1549 took off from LaGuardia Airport. In less three minutes, the plane hit a flock of geese, resulting in multiple birdstrikes on the engines, which ceased to function. The pilot, Chesley Sullenberger and his first officer Jeffrey Skiles, managed to glide the Airbus A320 onto the freezing Hudson River for a textbook water landing. Passengers and crew exited the slowly sinking plane. Some went into the river and were plucked to safety by rescue services. Others were able to remain afloat in the inflatable slides that led from the exits and doubled as dinghies. And some stood on the wings. In the end all 155 people aboard survived. The incident was quickly dubbed The Miracle on the Hudson.

Sullenberger was an instant hero. As the man himself points out, the Global Financial Crisis had hit hard and America was looking for a good news story. It was also good news for New York City. The various rescue services that converged on the river saved people with only minutes to live in the frigid conditions.

Director Clint Eastwood has taken the tale of Flight 1549 and turned it into an absorbing study of the media frenzy and investigation that followed the water landing. Captain Sullenberger and Jeffrey Skiles are placed under pressure from a press who want a piece of the story. Suddenly all of America wants to talk to “Sully”. Thing is, he is the very opposite of a natural media performer. He is a reticent man who dislikes the limelight and talking about himself. In the immediate aftermath, he is also experiencing some effects of post-traumatic stress. On top of this, the investigation carried out by the National Transportation Safety Board (NTSB) has raised doubts about Sully’s decision to land on the Hudson. Even while the world is hailing him a hero, Sully is doubting his decision.

The real-life Sully was at pains to talk about his forty years of flight experience. He was an advocate of training. His calmness and non-flashy demeanor were at odds with the media’s thirst for drama, but instead contributed to his image as a steady, mature professional. It is this quality that Eastwood celebrates. His Sully is a modern take on the kind of hero embodied in the work of Howard Hawks; a resilient, stoic man who will back himself in a crisis. Having Tom Hanks portray Sully is the movie’s trump card. Hanks is a veteran who knows how to communicate with an audience. His performance is one of his most internalised, which is in keeping with the actual man he is portraying, but he is able to connect with us nonetheless.

The investigators of the NTSB have complained about their portrayal in the movie and they may have a point. Certainly there is a classic government-versus-the-people narrative there for those who want it. This point of view is certainly of a piece with Mr Eastwood’s other more recent filmmaking. However, dramas are also about conflict and this is hardly the first movie based on real events, that portrays those events as more black and white than they actually were. It is interesting to note that Sullenberger insisted that the names of the investigators were fictionalised, rather than using their actual names as was the case in an earlier draft of the screenplay.

SULLY is a seamless piece of movie making that shows both Hanks and Eastwood at the top of their game. The actual water landing scenes are tense edge-of-the-seat stuff that will have you absolutely gripped. The movie clocks in at a swift 95 minutes and is in wide release right now in Australian cinemas. (3.5/5) 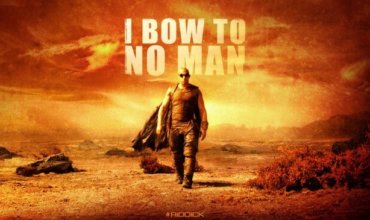 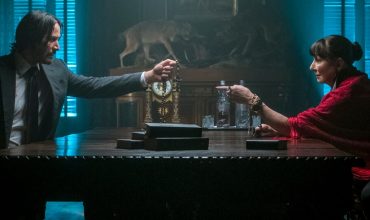