Much as when Spider-Man finally turned up in the Marvel Cinematic Universe, Matt Reeves’ The Batman smartly eschews retreading the caped crusader’s origin story, assuming correctly that after 80 years, almost everyone turning up for a Batman movie understands the lay of the land. We know who Bruce Wayne (Robert Pattinson) is, and why he dresses up as a bat to fight crime in the oppressive urban hellhole that is Gotham City. We know honest cop Jim Gordon (Jeffrey Wright), slinky, seductive thief Selina Kyle (Zoe Kravitz), tricksy criminal The Riddler (Paul Dano), mobster Carmine Falcone (John Turturro), the oafish Penguin (Colin Farrell), loyal butler Alfred (Andy Serkis), etc, etc. The old routine about the DC heroes being akin to Olympian Gods is simplistic but somewhat true, and perhaps never more than in the Batman stories, whose more street level characters are household worlds to millions. You’d be amazed how many people know Joe Chill by name.

He doesn’t appear here, though, and part of the fun these days is seeing how the familiar archetypes of Gotham City are reinterpreted by the director du jour, and what elements of the Dark Knight’s decades-long history are being forefronted. On Reeves’ watch we get an already-established Batman who is nonetheless early in his career and finds himself personally targeted by a Riddler who is a straight up serial killer rather than a thief. Dano’s Riddler shares some DNA with Heath Ledger’s Joker in his propensity for sending out teasing videos to the media, and a lot more with the Zodiac Killer in his dropping of ciphers as clues. That guy was, of course, the focus of David Fincher’s Zodiac back in the day, but the big influence here is Fincher’s earlier Seven: the dank, steaming city streets, the ochre and yellow lighting, the psychological mind games, the oppressive urban despair of The Batman all call to mind the Mank man’s late 90s calling card.

Pattinson, here making some truly bold choices, moulds his performance to this aesthetic. His Bruce Wayne is moody, withdrawn, insomniac, and driven, peering at the world through hollowed eyes from beneath a lank fringe – a reclusive weirdo whose eccentricities are indulged because of his wealth and tragic past. His Batman is either a hyper-focused savant, coolly whispering crime scene revelations only her can perceive to Gordon while uniformed cops stare askance at this caped freak in their midst; or else he’s a hyper-violent vigilante beating street criminals into paste while declaring, “I’m vengeance”. This is a Batman in the grips of an identity crisis; his main arc is figuring out who he actually wants to be: hero or vigilante? Complicating matters is the fact that the Riddler’s killing spree is motivated by Gotham’s all-pervading civic corruption, for which he blames the late members of the Wayne family, whose wealth here has fuelled decades of graft. Can Batman’s mission mean anything if his sainted parents had feet of clay?

It’s dark stuff and this is a decidedly dour take on the material – more grim than Nolan’s work, more grounded than Burton or Schumacher, less bombastic and weirdly aspirational than Snyder’s (and also less grand – Snyder has an eye for mythic resonance, let no man say otherwise). Here, Batman’s default state is pure misery, and while that may be something many viewers can empathise with, this is a Batman few would want to be.

The dirge is leavened by Kravitz’s Catwoman, this iteration obviously influenced by Frank Miller’s redux origin in Batman: Year One, who has her own dark past and reasons for vengeance, but whose sheer charisma and chemistry with Pattinson’s Bruce/Bats leaps off the screen. I don’t have the time or inclination to get into the recent “sex in movies is icky” nonsense that’s been doing the rounds on Twitter, but the sexuality is palpable here, and it’s easier to believe these two are at it hammer and tongs in between scenes than it is to believe in a rodent-themed vigilante. Farrell, unrecognisable in fat suit and prosthetics, brings a sleazy but weirdly gregarious energy to the Penguin, while Turturro finds depths and nuance in a mob boss figure often reduced to caricature. Really, there’s not a bum note in the entire ensemble, right down to the supporting players (the way one cop gradually moves into prominence is great bit of business).

Speaking of Miller, comics fans will find a lot of material taken from his work – this Gotham, festooned with video billboards, owes much to his. The big influence, however, is Scott Snyder and Greg Capullo’s run from a decade back, which gave us a lot of material, like the 1% villain coven the Court of Owls, which has never been seen on the big screen. Elsewhere, we get a twin motif that hints at the presence of Two-Face in the film’s aesthetic if not its plot, and a cameo or two that offers connecting paths to the wider Batman universe. We’re set up for sequels for years.

Which would be a mistake, I think.

Way back in 2005 Gary Oldman’s Jim Gordon spoke of the problem of escalation, and it’s something that holds true to franchises – bigger, better, faster, darker, more is not necessarily an accomplishable goal in the long term, and the notion of a sequel in a couple of years doubling down on The Batman’s mournful urban dirge is a little tiresome. Not because the Batman isn’t good – look at the numerical rating, folks – but because it feels singular.

With its withdrawn, socially alienated hero, its labyrinthine plot, it’s odd choices not just in narrative but in shooting style – cinematographer Greig Fraser frequently eschews wide establishing shots for tight closeups of textures, metals, glass – this is the oddest Batman since Burton’s Freudian fever dream in 1992. It takes a lot of wild swings and a surprising number of them connect. It’s possible that a sequel would refine the formula and smooth off the rough edges, but the rough edges here, the idiosyncrasies, are what make it sing.

The way The Batman sketches out its own backstory actually points to a better way forward. We don’t actually need everything to connect up, and we certainly would be well rid of a slavish devotion to continuity, canon, and shared world building (go too far down that road and you risk mutating into a ZAnon Snyderbro conspiracy theorist). We know who Batman is; let a great director do his own Batman, pulling from any given creative period, every two or three years and you’ve got a franchise that can run for decades without getting stale. Picture Spielberg’s Caped Crusader fighting Nazis in 1940, Gareth Evans’ Dark Knight defending a besieged GCPD HQ from fear-maddened rioters, or, I don’t know, Guillermo del Toro’s Arkham Asylum. I’m just spitballing here, but it strikes me as a much more creatively fertile approach.

But for now we have The Batman: strange, brooding, unsettling, and pretty great. (8/10) 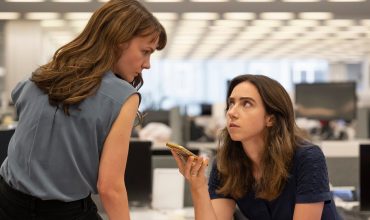