The Girl on the Train novel was released in 2015 and became one of the best selling novels of the year in a matter of weeks. With such popularity it was inevitable that Hollywood would turn it into a feature film with high expectations from fans. The plot is narrated by Rachel, Anna and Megan, though majority of the narration is done by Rachel, an alcoholic who rides trains to and from Manhattan daily. As the film starts, Rachel Watson explains she sits in that spot because it gives her the perfect view to gaze out at other people, their lives and beautiful houses. A life she once had and wishes she had still. Specifically, there are two homes in her sight, one of which used to be hers while she was married to Tom – who still lives there with his new wife (Anna) and baby. The other belongs to their married neighbours, Scott and Megan, who seemingly have a perfect marriage. This causes Rachel to become invested and even more obsessed with all of them.

On one of her regular train trips, Rachel witnesses Megan embrace a man who is not her husband. After a day of heavily drinking, she decides to get off the train to drunkily confront someone before everything goes blank. Following day she wakes up covered in bruises and blood with little to no memories of what occured the day before. Soon she learns that Megan has gone missing the day she got off the train early.

Let me first say that I have not read the book prior to attending the premiere and stayed far away from any spoilers. So my review is solely based off of the movie version. I understand the film makers have changed a couple of things – mainly the location of the story. Feedback from those who have read The Girl on the Train is that the film is enjoyable but not as great as the novel.

In true mystery “whodunit” fashion, nothing and no one is as it seems first. As the story starts unfolding, plot contortion and use of time jumps between the present and past are used to create the narrative and tone of the film. The skipping back and forth in time might be confusing to those who don’t pay attention but overall it is edited well together and easy to follow.

The stark contrast between the life Rachel leads and the happy lives of the people she envies is brilliantly communicated via the cinematorgraphy and general tones used. Danny Elfman’s noticeably wonderful score complements this narrative and it certainly helps build the tension throughout the movie.

I can’t fault the cast as they are all impressive in their roles, however, Justin Theroux and Emily Blunt stand out. Blunt is superb as Rachel. She captured the physical and personality traits of a sad person suffering from alcoholism so exceptionally that it seems almost too realistic at times. This has to be one of her best performances to date.

The most disappointing aspect of the film version is that it can be predictable even for those who have not touched the book. There is a scene in the first half of The Girl on the Train which immedietly gives away a major twist. Though there are other revelations which audience members wouldn’t expect towards the end, one would still think the creators should have made sure the biggest secret is not exposed until it needed to be. There are also other minor elements which are not explained fully but discussion of that would ruin the plot for those wishing to see it.

Those who are not familiar with the story are at an advantage as it is much more satisfying that way. Don’t fret if you do know what happens, you’ll get to see the story and characters come to life by a group of talented individuals.

The Girl on the Train teaches us an important lesson on judging others – how we see a person can be very different to who they truly are.

The Girl on the Train is in cinemas now.

Beasts of the Southern Wild Review 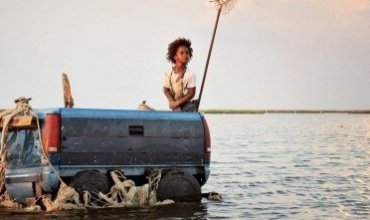