Oh, how very different the worlds news was prior to the internet! Steven Spielberg and Tom Hanks team up again  – that’s five times now – to bring us political drama THE POST…oh yeah, did I mention it also stars Meryl Streep? Talk about a power house trio!

When documents revealing a Government cover up that spanned four U.S Presidents fall in to the hands of the press, the first female newspaper publisher (Streep) and her determined editor (Hanks) are pushed to do battle between journalists and Government; risking not only their publication, but also their freedom, to exercise the rights of the free press.

I could sum up this review in three words: Spielberg, Hanks & Streep.

Need I say more? With names like this above the title, you know you’re in for a treat. Although, with all three legends pushing (or well past!) retirement age, a part of me can’t help but worry: Will they lose their touch? Will the day come when they disappoint? That remains to be seen – but it is not this day!

Let’s be honest: In less capable hands THE POST could have been boring. Yet with such a phenomenal ensemble – lead by an utterly engrossing Streep – the film strides along, maintaining solid pace and intensity despite its ‘plodding’ timeline. We are talking an era prior to the instantaneous nature of the internet. A time when a journalist could sit on a story for months (if his secrecy was good enough). In fact, the leaked documents featured in this flick are years old. However, the brilliant performances of the cast keep you on the edge of your seat regardless of the slower pace of the period in which the film is set.

As you would expect in a Spielberg film, the cinematography is a highlight, with carefully considered and painstakingly composed shots.  John Williams score adds weight, though never truly stands outs. While Spielberg doesn’t fall in to the “God bless America!” trap that Clint Eastwood can’t seem to avoid, things do get a little heavy handed in terms of putting the press on a pedestal. There’s a somewhat corny element at the end as tearful journalists hail the power of the press. It prompts a few eye rolls.

Sian
Sian's love for movies spawned from having a tight mother whose generosity stretched only to hiring movies once a week for entertainment. As a pre-teen Sian spent more pocket money then she earned on cinema tickets and thus sought a job at the cinema. Over the next decade she rose to be one of the greats in her backwater, six-screen cinema complex, zooming through the ranks from candy bar wench with upselling superpowers, to pasty projectionist, to a manager rocking a pencil skirt. Sian went on to study Journalism at university though feels her popcorn shovelling days were far more educational
9 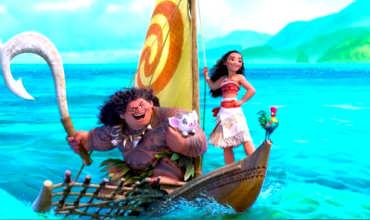 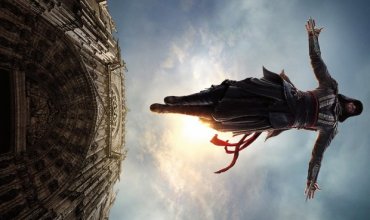