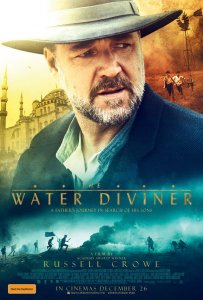 Four years after the Battle of Gallipoli, Australian farmer Joshua Connor travels to Turkey to find his three sons, who never returned home from the war. When he arrives in Istanbul, he meets others who have also suffered losses: hotelier Ayshe and her son, Orhan, who befriends Connor; and Major Hasan, a Turkish officer who fought against Connor’s sons and now may be their father’s only hope in finding closure.