THE WATER DIVINER is a drama about Australian Joshua Connor (Russell Crowe) who farms in the Mallee, Victoria in the early years of the 20th century. Joshua is married to Eliza (Jacqueline McKenzie) and they have three sons. Their property is dry, but Joshua has some skills in divining the location of water. As he explains later in the story, he doesn’t always get it right, sometimes he digs a dry hole, but occasionally he finds a well. This slight supernatural ability is at odds with Joshua’s attitude towards the Church. He is not a devout Christian, although Eliza is.

In 1919, a year after the end of the Great War, Eliza and Joshua are suffering because their three sons fought and died in the Gallipoli Campaign. Eliza’s anguish eventually drives Joshua across the world to seek out the bodies of their deceased sons.

When Joshua arrives in Turkey, he finds himself in a world he does not understand. The religion and the politics of Istanbul are far removed for the simplicities of his bush life. He stays in a hotel run by a widow whose husband also fought and died at Gallipoli. Her name is Ayshe (Olga Kurylenko) and she mistrusts the Australian, considering him to be the enemy. Her young son Orhan (Dylan Georgiades) takes a shine to Joshua and sees him as a father figure.

As the days pass, Joshua works his way through the bureaucratic obstacles put in place by the British to prevent him from getting to the Gallipoli Peninsula. When he arrives, he finds Lieutenant-Colonel Cyril Hughes (Jai Courtney) leading the Imperial War Graves Unit. It is their task to find and identify the bodies of the 4000 ANZAC dead. Helping with this process are representatives of the Turkish side, the former enemy. Major Hasan (Yilmaz Erdogan) and his offsider Sergeant Jemal (Cem Yilmaz). Connor’s presence isn’t fully sanctioned, but Hughes makes the decision to help the man on his quest.

The ANZAC legend is the context for the film and Australians audiences will key into these images and ideas with ease. Australians and New Zealanders see Gallipoli as the birth of our respective nations and will bring this to our understanding of the movie. The best part of the film is its family story. Audiences will want Joshua to find the remains of his sons, whether or not they understand anything about ANZAC. Joshua is driven by the love and loss of his boys. As he begins to peel away the layers of what might have happened to them, he begins to wonder if his attitudes and ideas led to their death so far away from home.

Russell Crowe has given himself the rather large task of starring in his directorial debut. The result is mixed. The action sequences are very solid. They include flash- backs to Gallipoli and a fearsome computer–generated sandstorm back in the Mallee. Joshua is also involved in the beginnings of the Greco-Turkish war in Anatolia. Feats of derring-do, acts of courage and moments of brutal violence are all staged with great impact. When the romantic sparks fly between Joshua and Ayshe, the resulting scenes are handled with less certainty.

As one would expect from an actor or Crowe’s calibre he has directed some top performances here. Yilmaz Erdogan is excellent playing a soldier who keeps his cards close to his chest and is guided by his integrity, even as he doubts the power of war to change anything. Jai Courtney proves once again that he is an actor with a bright future. He makes an impression even in his fleeting support role. The script by Andrew Knight and Andrew Anastasios is ambitious and covers a lot of ground geographically and historically.

Crowe’s movie is part-adventure film, part-romance and part-historical drama. Audiences should enjoy it for its beautiful imagery and for its moving tale of a man who loses everything and has to start again. It is at its very best when it keeps to the simple idea of Joshua Connor wanting to find out what happened to his sons.  Audiences who connect with this idea, will find much to appreciate here.

THE WATER DIVINER is in wide release in Australia. (It was simultaneously released in New Zealand and Turkey).The violence, particularly at Gallipoli, means it is not suitable for younger audiences. The point is worth making because older audience members may wish younger family members to see a movie that deals with the subject of ANZAC. The movie runs for 111 minutes. I rate it a 6/10. 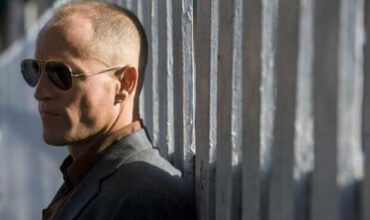