Ticket to Paradise promises escapism, tropical paradise and a return to the Roberts/Clooney era of big blockbuster films. While upon first glance, it might look like a cliché tropical romance curated for the ‘mum’ crowd looking to while away two blissful hours imagining staring into George Clooney’s big brown eyes, (or hey, Julia Roberts’ too, its 2022), and well… it is.

Our heroine Lilly (Kaitlyn Dever) sets off to Bali after finishing law school, with her comedic relief best friend Wren (Billie Lourd) in tow. Originally she is there to blow off steam before settling down to ‘her’ dream life as a lawyer, cleverly orchestrated by her overprotective father, Clooney.

While dancing at oddly clean nightclubs and swimming in pristine oceans she meets a local seaweed farmer, Gede, who ignites in her the desire to live authentically and in ‘balance’ with the world around her. In pursuit of said balance, she throws in all her aforementioned dreams and gets engaged to the young, humble yet wise (and of course incredibly attractive) Balinese man.

Naturally, upon hearing this news Clooney and her mother (played by Roberts) fly immediately to Bali and though they are bitterly divorced, unite to throw off the wedding. Hilarity, intentional miscommunications and lustful tension all ensue as the two stars slowly grow closer as the poorly concealed conceit of the film (they were in love all along) reveals itself.

There are parts of the film that are tolerable – the cinematography is gorgeous, and the locations are stunning. However, you do have to suspend your previous ideas about what Bali does actually look like. Ol Parker keeps the same ‘set like’ dreamy feel in Ticket to Paradise that viewers had a love/hate relationship with in Mamma Mia! Here We Go Again. The picturesque white beaches and open air pavilions might fool American audiences who have yet to step foot in Bali, but for Australians who know the little bacchanalian island all too well, it is incredibly jarring.

What you might not be able to look past are the clear cringe factors that seem to plague many big ticket films as they attempt to remain ‘woke’. From mentions of selling out to American supermarket chains and to attempts to refute the ‘magical minority’ trope that underpins the film: parts just fall flat. There are clear nods to traditional Balinese culture which are well researched, but they feel like background elements to help the white characters discover elements of themselves that they probably could have done at home with the help of a therapist.

Realistically, you probably should take your mum to this film, or your nan. It’s beautiful and will make you feel hopeful things about that ex that you’re not really over. The stand outs from this film really are Roberts and Clooney – their acting is rich and authentic, adding much needed layer of realism. However, they can only do so much with a film that is based on an outdated concept and unrealistic expectations about love. 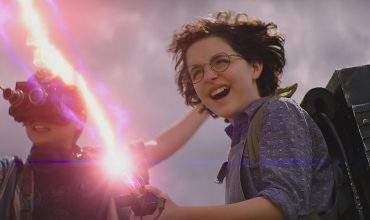