TWO OF US is a French film about true love, never giving up, and deciding, ‘to hell with what my children think’…

Nina and Madeleine have a love story for the ages. Together for decades, they now live on the top floor of an apartment block. Different apartments, for appearances’ sake, but the doors are never locked. For all intents and purposes, they live and love together.

But their relationship is a secret. Nina, the bolder of the two lovers, wants to be out. Madeleine also wants to be out, but she fears what will happen if she tells her adult children that she’s a lesbian.

Admittedly, her kids suck. They are weirdly obsessed that their dead father is the one and only love of Madeleine’s life. So she’s not wrong to be concerned.

Stories about being in the closet are sometimes difficult to present to a mostly straight audience. Especially for some younger people, the idea of hiding your love seems ridiculous. But TWO OF US shows how love in secrecy is still real love.

We see the moments of tenderness and passion between Nina and Madeleine when they are alone. And we are heartbroken by the way they must move slightly apart, and let go of each other’s hands, when they are in public.

We also see them have sex in a closet, because sometimes subtlety is for cowards…

But when Madeleine has a stroke, everything falls apart. Her daughter takes over her mother’s care, and suddenly Nina, the love of Madeleine’s life, is just a busybody neighbour. No one tells Nina anything. She’s suddenly stuck in her own apartment, having to pretend to be just a best friend.

It’s so frustrating. I had a small, silent scream about it.

And no one seems to realise Madeleine – though unable to speak – is perfectly capable of communicating what she wants. And she wants Nina so much.

Honestly, Martine Chevallier (who plays Madeleine) is absolutely incredible in this role. Her chemistry with Barbara Sukowa (who plays Nina) is filled with real love, but also so much sexual passion. And once her character is made silent, just her eyes and body communicate so much. Her desires and frustrations are made as clear as a primal scream.

It’s really exciting to see a disabled character written with so much agency. It makes the injustice of Madeleine’s situation, her life taken over by her well meaning but controlling daughter, all the more infuriating.

But there’s not much time to stay miserable.

From there, TWO OF US becomes this perfect mixture of ‘star crossed lovers’, a rom com, and a bit of a heist film. It’s a goddamn delightful. I cannot wait to watch it again, this time with friends.

Like any good French comedy, TWO OF US will make you laugh out loud, and will also tear your heart out.

And it’ll make you wish your love story was as amazing as Nina and Madeleine’s. 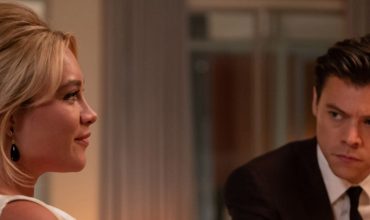 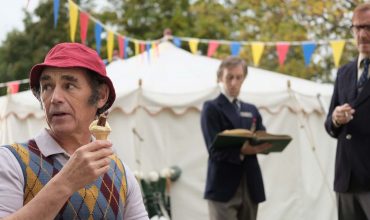