The story of the “most haunted” and infamous house in the world has finally been released in Australian cinemas.

Shot in Australia, Winchester takes a look at real life widow, Sarah Winchester (Helen Mirren) and her mysterious mansion, which is said to host the spirits of those who have been shot by Winchester firearms. Having lost faith in her capabilities, the board of the Winchester Company attempt to remove Mrs Winchester from her role as the owner of the company by hiring Dr Eric Price (Jason Clarke) to assess her state of mind. Creepy incidents start to occur the moment he arrives at the house, however, refusing to believe in ghosts, Dr Price attributes his experiences to hallucinations due to the drug he takes daily. As the week progresses, Dr Price becomes increasingly unsettled and starts to believe in Sarah’s stories. 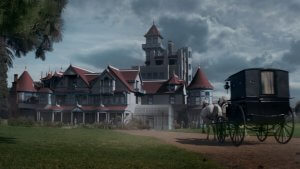 The real account of the Winchesters (no, we’re not talking Sam and Dean, here) is a remarkable story with endless potential. However, writers (Tom Vaughan and The Spierig Brothers) didn’t execute it as well as they could have. Even though it has been inspired by real events, the intensity of the script is severely lacking, relying as it does on cheap jump scares. Admittedly, these do work, but none of it has any impact once the scare is over.

At times the story seems inconsistent and lazy; if a woman communicates and sees ghosts around her, then surely she could tell that someone is repeatedly looking at her through a noticeably open door, a few feet away, like Dr Price does? This occurs a number of times in order for him to learn about her and the house.  That being said, credit has to be given to the writers for excluding all the religious aspects often found in haunted house movies. This might alienate some who expect such an angle, but overall it’s refreshing to watch a ghost story in a different light.

To play on our imagination, the Spierig Brothers (Predestination, Jigsaw) hold off from fully showing the ghosts until the last quarter of the film. Most are only briefly featured, but there are a few key spirits who might play a bigger role in the next installment – yes, there is even a hint of a possible sequel.  Though the story is inspired by real events, the brothers have not missed their opportunity to include a twist or two into the plot. 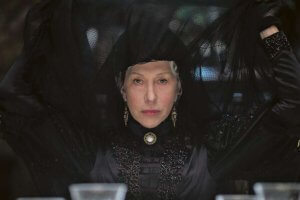 Winchester excels in bringing the infamous house alive, the interior of the mansion is stunning and is a replica of the original. It even includes Sarah’s unique interior design innovations which were ahead of their time.

The movie cleverly never outright states whether the Winchester ghosts are real or not, the creators leave it up to the viewers to make that choice. They balance a very fine line by mixing truth and fiction, while also conveying situations which may have contributed to certain incidents. The poster of the wonderful Helen Mirren would have you believe that she is the lead, but Jason Clarke and Sarah Snook (who plays the Winchester niece) have almost equal screen time.

Winchester had a lot of potential to be a riveting film, had the plot been tweaked further, but as it stands, it doesn’t quite reach the heights it could have. It’s not a movie that will leave you scared or have you talking about it once the credits start to roll, but it is enjoyable. 5.5/10

Winchester is in cinemas now. 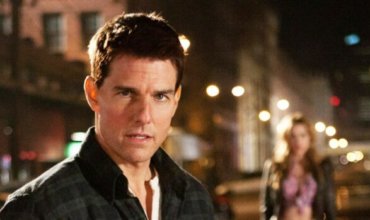 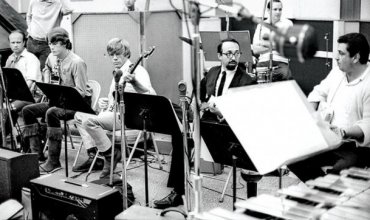