DADDY’S HOME 2 is the sequel to the 2015 Will Ferrell/Mark Wahlberg hit DADDY’S HOME; that movie cost US$69 million and took US$242 million, so a follow-up was always going to happen. The original was all about a formerly absent father Dusty(Wahlberg) trying to win back his ex-wife and kids from the current husband and step-dad Brad (Ferrell). Dusty was all confidence and machismo while Brad was a soft, New-Agey male in touch with his feelings.The set-up paid off. Watching the two men fight over who is the best dad, produced a steady stream of broad gags and slap-stick.

The sequel begins by showing that Brad and Dusty have achieved a kind of truce and become co-parents to the kids. Dusty is now married to the brilliant and beautiful author/doctor Karen (Alessandra Ambrosio) and is having step-dad problems of his own with Roger (John Cena), the biological father of his wayward step-daughter Adriana.

Enter Dusty and Brad’s dads Kurt (Mel Gibson) and Don (John Lithgow). These two are the men from whom Dusty and Brad learned their fathering skills and the film wastes no time in presenting a series of gags to show us exactly what this means. Kurt is an former astronaut and a straight-down-the-line, hunting’, shootin’, fightin’ manly man. Don is as soft and sweet as melted chocolate. He is filled with love for his children and grand-children and delights in being called Pop-Pop.

The appearance of the grand-dads for the Yuletide holiday gathering reignites Dusty and Brad’s feuding. The entire family travels to a snowy resort to celebrate Christmas, but here the fighting gets even worse and extends to other members of the family. Brad’s wife Sara (Linda Cardellini) feels deeply competitive with Karen. All the step-kids bicker. The extended clan look to be in trouble. Will Brad and Dusty find a way to set aside their differences and unite the Mayron-Whittakers? For Christmas?

DADDY’S HOME 2 has taken a hit from other crits, but AccessReel is going out on a limb and saying the sequel is BETTER THAN THE ORIGINAL. Yep, take that, nay-sayers. Sure, it’s not too original; The MEET THE FOCKERS’ check-out-the-crazy-old-parents angle is well-worn; BAD MOMS 2—also on cinema screens right now—also uses this idea. And yep, it’s conservative. If you found the guy-centric, middle-aged, dad-laughs not to your liking in the first movie, then this movie is unlikely to amuse you either.

Having said that, I found the plotting, gags and ideas (mostly) better than the first film. Even the rousing heart-felt ending is better. It’s nice to see Linda Cardellini get a bit more to do (but seriously, when is she going to get a decent comedic role?) and generally all the actors are given a moment to shine. Writer-director Sean Anders who was responsible for the first film (as well as writing WE’RE THE MILLERS and MR POPPER’S PENGUINS), does a good job juggling a large cast and setting up a variety of action-based, comedic set-pieces. Mel Gibson generally looks uncomfortable.

The thing that most surprised me was the number of parents I saw in the preview with kids. Clearly, this is a new definition of family comedy. It’s rated PG, pays some attention to the kids’ plot-lines, while being “adult” enough (by implication, not too obviously) to keep parents amused. This alone will be enough to sell it to some mums and dads. 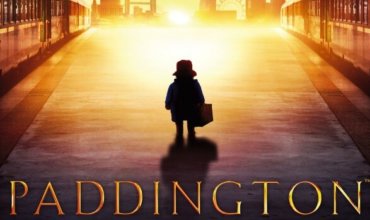 Color Out of Space Review 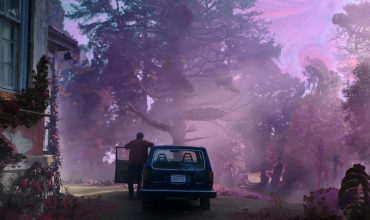