TERMINATOR:DARK FATE is the sixth film in the Terminator movie franchise. James Cameron, the originator of the concept, the co-writer and director of THE TERMINATOR (1984) and TERMINATOR 2 (1991) has returned to the fold as producer, after having no direct involvement in the creation of the third, fourth and fifth movies.

Mexico City, 2020. Within a 24-hour period, first, a super-soldier, Grace (Mackenzie Davis), and then an advanced Rev-9 Terminator (Gabriel Luna) are sent from the future to find a young woman, Dani Ramos (Natalia Reyes). The Rev-9 is programmed to kill Dani, Grace is tasked with saving her.

Grace eventually finds Dani, saves her life and explains her mission. Which means she and Dani have to run or die. While they are travelling, they are shadowed and aided by a stranger who turns out to be an older woman called Sarah Connor (Linda Hamilton). The Rev-9 chases them across Mexico and towards the United States. This new Terminator has a frightening array of technical capabilities that make it most dangerous opponent yet in the fight against a future where artificial intelligence and machines dominate humanity.

Cameron has chosen DEADPOOL (2018) director Tim Miller to realise this continuation of the Terminator story that connects directly back to Terminator 2, and regards movies 3, 4, and 5 as alternate and now dead timelines. This reset is flagged in the first five minutes and although understandable in terms of clearing the decks, this tendency to drastically rewrite the fictional history of a franchise always risks annoying the loyal fan-base.

The story and screenplay is credited to six different writers and they have thrown every trick in the book at this revamp. There are variety of flash-backs and flash-forwards that fill us in on the new timeline. Some of these are interesting, some takes us in to overly familiar territory. The same can be said of the numerous action sequences that compose the body of the story. Miller is good at creating exciting scenes of kinetic mayhem, but we’ve seen the unstoppable truck and the unstoppable (insert large vehicle here), before.

The Rev-9 is a twofer. It has an advanced form of liquefying metal technology and it can divide itself into a lethal skeleton and deadly boneless body. This provides some interesting visual opportunities and some new moves for the many fight sequences. Mackenzie Davis and Gabriel Luna are excellent in their fast-moving battles scenes. The packaging of stunts and visual effects is top-of-the-line in a market where what is possible on screen, has been defined by the MCU. Only the occasional “weightless” jumping Rev-9 shows up the otherwise faultless computer graphics. Oh, and look out for some brief moments of that new-fangled, movie-star de-aging tech.

The real reason to watch this, and it is certainly what got in this reviewer, is Linda Hamilton back as Sarah Connor and seeing her perform with Arnold Schwarzenegger, back as an old T-800 terminator. He has reprised his role before now, but seeing the pair of veteran actors (he is 72, she is 63) back in harness was this movie’s big sell. And for the most part it pays off. Sarah Connor continues to fight, but is also somewhat cut adrift in the 2020 that her and her son’s previous efforts have created. She fought for humanity, but it broke her in the process. The T-800, by comparison, has adapted to life in the past in some surprising ways.

Overall, performances are strong. Mackenzie Davis, Gabriel Luna and Natalia Reyes as Dani, the new human target the future wants to destroy, take on their leading roles and deliver admirably. The storytelling provides some touches of character amongst the action, but for the most part, we are kept running and running along with our heroes.

Movies in the 1980s and 1990s provided audiences with disturbing visions of the future such as ESCAPE FROM NEW YORK (1981), BLADE RUNNER (1982), ROBOCOP (1987), TOTAL RECALL (1990) and THE MATRIX (1999). Our reliance in technology and how that separates us from nature and our own humanity was often touched in this story-telling. The Terminator films also played with time. Our tendency to regret our mistakes and wish for the opportunity to fix them is writ large across these films. Despite the over-familiarity of the material here, two of the most affecting moments deal directly with the events in Sarah Connor and the T-800’s past.

TERMINATOR: DARK FATE promises and provides non-stop action. This is an entertaining, but not essential continuation of the first two movies. It is great to see Linda Hamilton and Arnold Schwarzenegger back on screen together, fighting the good fight, firing unreasonably large weaponry and blowing things up. Duration: 2hours and 14 minutes. Rating (7/10) 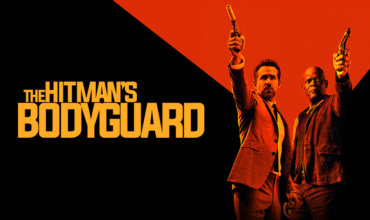 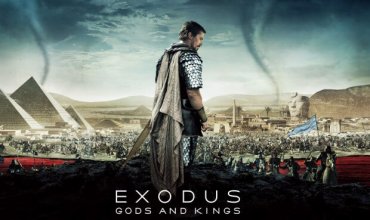