Whoever said ‘You catch more flies with honey than vinegar’ (a honey salesman, probably) was surely referring to Nicolas Cage’s arc in Michael Sarnoski’s directorial debut Pig. Marketed (wrongly, or perhaps sneakily) as a swiney John Wick, this is a film that shows its subject as much tenderness and care as Cage’s character shows every ingredient he uses in its grand finale. For those expecting Mandy: Part 2 – don’t.

Pig is a simple story about a reclusive man named Rob (Cage) having his beloved truffle pig stolen from him, and his quest to get her back. Rob lives in the wilderness of Oregon and sells truffles once a week to the city folk in Portland via Amir (Alex Wolff in one of his strongest performances yet). When his pig (unnamed but portrayed by a gorgeous sow named Brandy) is taken, he insists that Amir drive him to the city to locate her.

Rob wears the same stained long johns and suspenders that he sleeps in and walks around with blood on his face (from two separate beatings) for almost the entire runtime. Were he not to venture into the city at any point and interact with standardly dressed people you’d be forgiven for thinking he exists in a different time. Amir sports a Gucci belt and a (probably) $200 haircut as he drives around in his ostentatious yellow sports car. He listens to an audiobook that may as well be titled ‘Classical Music for Dummies’ that explains its prestige and popularity among the seemingly cultured.

For Amir it is very important to look the part and present as someone with good taste because his father Darius (Adam Arkin) is a kingpin of luxury food and wine. He has business relationships with the elite of the restaurant scene and Amir must be careful to live up to the name while not stepping on his father’s toes. Turning up to interrogate his regular clients on the whereabouts of a pig with someone so unkempt, and so unable to deal with people in a civilised way, is a very bad look for him. Judgements like ‘slob’ or ‘pig’ must surely enter these people’s minds and indeed many of them shoo Rob away, believing him to be homeless. The film uses the contrast between these two characters, and the differences in what they place value on, to great effect. 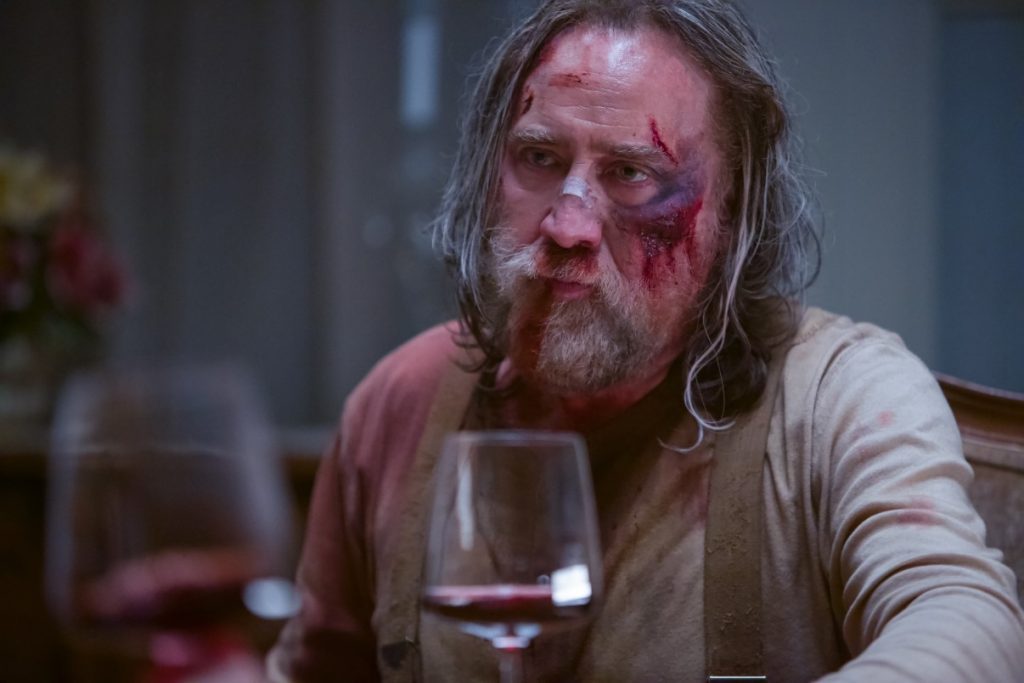 Rob and Amir initially have only one thing in common – a respect for food. After a sobering night at a very odd underground fight club (my only real gripe with the film), Amir tells Rob a story. His parents, destined to always fight on their forced date nights, had one singular dining experience that they returned from in high spirits. “It was your place” he says to Rob, or Robin Feld, as he’s revealed to be in the aforementioned fight club scene – a former critically acclaimed chef who vanished from the scene fifteen years ago after his wife passed away. It’s a touching moment that humanises Amir and we see what he really is – an unsupported boy trying desperately to earn his father’s approval. This scene also unearths Rob’s propensity for mentorship (“your father sounds terrible” is a lovely show of support) and casts the die for later events.

In my favourite scene of the film, Amir (who manages to get a booking only by name-dropping Robin Feld) takes Rob to Eurydice – the hottest restaurant in town. The server, in an eye rolling display of performance art, tells the pair about the menu and the origin of all the ingredients. It’s all talk and she barely looks them in the eye, more concerned with garnering stunned reactions than conveying the significance of the meal. The concept of the menu is ‘taking familiar ingredients and making them foreign’ so as to heighten the taster’s appreciation. Rob summons the chef to explain this nonsensical bullshit and it’s his old prep cook from his restaurant Hestia, whom he fired for overcooking pasta too many times. In a crushing but well-meaning display of preying on someone’s insecurities to teach them a lesson, Rob knocks this lost soul down a peg with a kindness Gordon Ramsay never displayed.

Pig is told in three parts that hint at Rob’s signature dishes of old, starting with Part One, or Rustic Mushroom Tart. We get a taste of Rob’s life in the wilderness, removed from the industry he serves. Part Two, or Mom’s French Toast & Deconstructed Scallops delves into the common thread that three characters share – loss of an important feminine figure – and the ways in which they deal (or refuse to deal) with it. Part Three, or A Bird, A Bottle & a Salted Baguette is the most impactful. Comparisons to Ratatouille are warranted as Sarnoski perfectly captures that reluctant first bite and a softening of tannins – the hen is mightier than the sword.

This is a film for the senses and confirms that taste transcends class and background. A memory of a meal that meant something cannot be explained in rudimentary terms, nor can an entire style of music whittled down to an audiobook be truly appreciated by someone who only wants to appear to have ‘good’ taste. On his attachment to his titular companion, Rob says “we don’t get a lot of things to really care about” – Pig asks us to choose carefully.

Pig is equal parts beauty and melancholy and represents an exciting turn of public opinion on Cage that fans (and I count myself among them) will smugly relish. His subdued performance carries the film and marks his return (for now) to realism.

Coming Home in the Dark Review 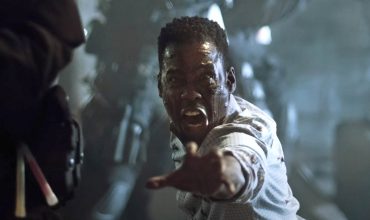